PokéPark 2: Wonder's Beyond is an action and adventure Pokémon game released on Wii, and the sequel of PokéPark Wii: Pikachu's Adventure, it classifies as a spin off Pokémon game. The game uses the same mechanics as its predecessor, but with a whole different story and many new areas.

Unlike the the previous game, the player can now use Pikachu along with three of his friends: Snivy, Tepig and Oshawott. The game offers the possibility to instantly switch in between them, since each of the three Pokémon have got special abilities, required to interact with certain objects or operate through certain environments. Snivy has the Leaf Tornado and Double Jump abilities. Oshawott has Surf which allows it to cross water bodies. Tepig has Heat Crash that activate some switches and Flame Charge that crashes rocks. PokéPark 2: Wonders Beyond focuses more on befriending other Pokémon and exploring the different areas than the actual attractions, which explains why there are less attractions compared to the last game. The Pokémon 3D models look adorable and are really well animated and equipped with their fitting voices from the anime series.

The game starts out with the two legendary dragon Pokémon Reshiram and Zekrom discussing the dark future awaiting PokéPark. Later, Pikachu sets to the PokéPark, accompanied with its best friend Piplup. As soon as they get to PokéPark, they learn about the magical Wish Park, where Pokémon are told to have an infinite amount of fun. This park which is situated in a parallel universe and which can only be accessed through Poster Portals and actually traps Pokémon within it.

Piplup and Pikachu learn of this and decide to try and save the trapped Pokémon. They meet an Oshawott which escapes later with Pikachu while Piplup gets stuck in the Wish Park. Together the two of them learn that ringing the Wish Bell in each area, will free the Pokémon in it. Oshawott joins Pikachu's team, and together they successfully ring the bell in the Cove Area. Pikachu then gets teleported to Reshiram's dimension where it gets told about the upcoming disaster and how Reshiram believes Pikachu can be PokéPark's savior.

Oshawott and Pikachu then move to the Arbor Area, where they meet Snivy that joins the party, and there they manage to ring the Wish Bell and free the Arbor Area's Pokémon. The team that is now formed of three Pokémon, now heads to the Crag Area where they get to ring the third Wish Bell and recruit Tepig to join their ranks.
Can Pikachu and his pals overcome the darkness and save Piplup and the other trapped Pokémon?

The final Wish Bell is rung at the Tech Area, resulting to the opening of the path toward Wish Palace. In the Wish Palace the Pokémon meet Darkrai which erases their memories of Pikachu and sends it into a nightmare. Luckily, Piplup finds a way to enter the nightmare and save Pikachu. Later on, Pikachu manages to return the memories to his friends and together they defeat Darkrai, but it was a little too late, as the dark void was about to swallow both PokéPark and Wish Park. After seeing the destruction, Darkrai, driven by guilt travels to the center of the void with a device that nullifies it, sacrificing himself to save the parks. Moved by his noble act, Pikachu and his comrades plead the two legendary dragons to save Darkrai from the void. Darkrai returns and promises to lead a worthy and good life, and with that, the game ends.

Pokémon from the first until the fifth generation are available in game. They are as follows:

The PokéPark & The Wish Park

The game takes place mainly in two different places: The PokéPark and the Wish Park, its counterpart in a parallel dimension.

The PokéPark: It's a park where a variety of Pokémon live. Although the names are similar, this PokéPark is different from the previous game's PokéPark. It is indeed situated in a new area and gives access to new areas. these areas are :


The Wish Park: A shady park where Pokémon are trapped using different attractions, hosted by Darkrai and his followers. The area has four different locations, each secured by an Area Guardian. that are link to the Wish Palace. These areas are :

They are challenges that the player must take, in order to advance through the game. They are only found in the Four Areas of the Wish Park, with each area having its own attraction :

The game does offer a few extra features that enhance the fun experience and may further facilitate the story mode:

Check out these PokéPark 2: Wonder's Beyond videos including the launch trailer, one of the Pokémon specific trailers (Oshawotts) and the games intro/opening video.

The 'all about Oshawott' trailer... you have to see it just for the music. They did these for Tepig, Snivy and Pikachu too. Check them out on our channel.

PokéPark 2: Wonders Beyond was well received and score good scores on major review websites. Let's take a look at these reviews: 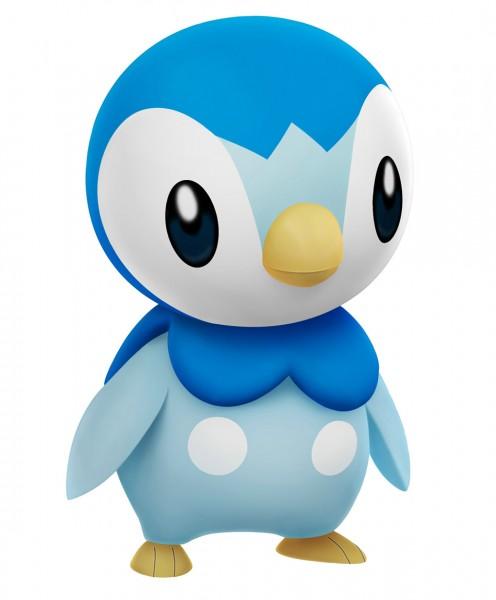