***
gplus
Digg
Gshare
Reddit
facebook
twitter
Pin It
"Electric Soldier Porygon" was planned to be the 38th aired episode of the Pokemon Anime's first season, however due to the incidents we are about to take a look at it was broadcast only once in Japan, and never internationally.

The story follows Ash and his friends as they're involuntarily transported into a computer system (the one that Pokemon Centers use to transfer Pokémon infact) by a Mad Scientist in order to find out what was wrong with it, since Pokemon aren't transferring correctly and are going missing. Anyway it turns out Jessie and James stole a prototype Porygon and are inside the system up to no good. 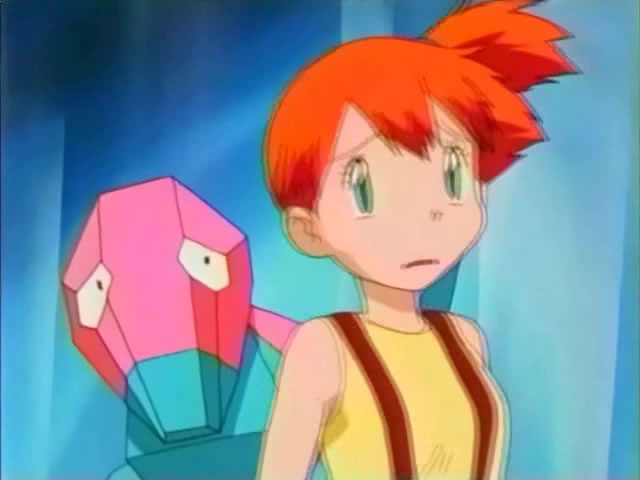 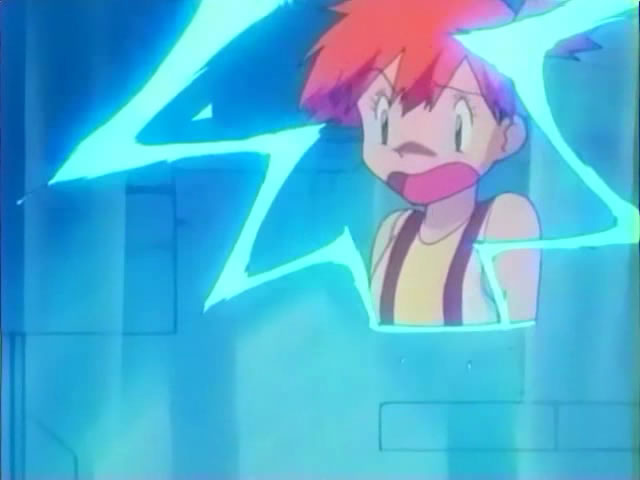 Misty and Porygon in the Human > VR Transporter (left) and Misty being sent to the virtual world (right).

Now why was it banned? this may come as a bit of a surprise but some of the virtual reality animation effects used within the episode were blamed for ailments suffered by 685 kids watching the show in Japan. Basically theres a point towards the end which the blame has been mostly put on whereby Ash and gang are trying to escape back to the real world on the back of Porygon, an antivirus program fires missles at them and Pikachu uses a thunderbolt to blow them up. At this point a rapid-strobing blue/red flash to signify the virtual world explosion of the rockets occured. 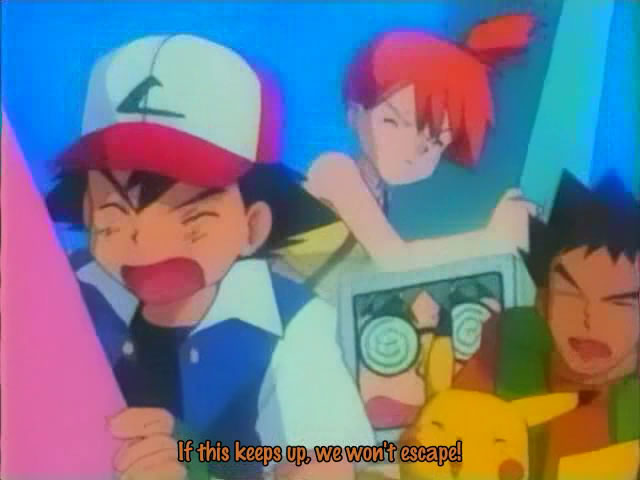 The strobe effect rapidly changed the background colour from red to blue in "flashes" to signifiy a virtual reality explosion.

It was at this point that these kids started to apparently experience conditions of varying severity reported from dizziness, nausea, temporary blindness (wtf) and even seizures. So on that day a total 685 kids comprising 375 girls and 310 boys were off to the Pokemon Center to get fixed back up. Some recovered quite quickly and were back to normal a couple of minutes after the episode finished but some were diagnosed with epilepsy.

"Pokémon Shock"
The incident is referred to in Japanese Pokemon history as "Pokémon Shock" and it had pretty serious repercussions for both the Pokémon franchise and Nintendo, the stock values for both of which were badly affected. Not only this but the Pokemon Anime was completely taken off the air for four months while the best health professionals and producers analysed what had caused it and set in place preventative measures. Meanwhile in the U.S where the show hadn't been taken off the air (they never got that episode) there were numerous negative and somewhat inaccurate comments about the show, Pokémon and Nintendo.

Once the show returned to Japanese TV after 4 months off air the first episode back was preceded by an explanation of the causes of "Pokémon Shock" and the methods that had been put in place to ensure it didn't happen again.

Because of this incident this episode has never been aired outside of Japan, and was of course never aired in Japan again either. I suppose thats fair enough, but another result of this incident is that Porygon has never featured in a Pokemon episode since, even though he didn't actually do anything that influenced the effects, guilty by association anyone?

The "causes" of Pokémon Shock explained
Medical facts and statistics say that as many as 1 in 4000 people are sensitive to what they describe as "photosensitive seizures" which are caused by rapid strobing effects like the ones used in the episode. Therefore if we take into account just how popular Pokémon is/was in Japan at the time, it will a) come as no surprise that over 4 million people were watching this episode and b) come as no surprise that at least 685 people were affected, going on those figures it "should've" technically been more like a thousand.

Having watched this episode as a non epileptic adult, you can sort of see how it might cause problems. But to dispell one myth, "Electric Soldier Porygon" did not GIVE people epilepsy, it did however result in people with underlying epilespy being diagnosed. If I was given the choice to find out during a cartoon or while I was driving when someone flashed their lights one too many times, I'd be watching Electric Soldier Porygon on repeat. 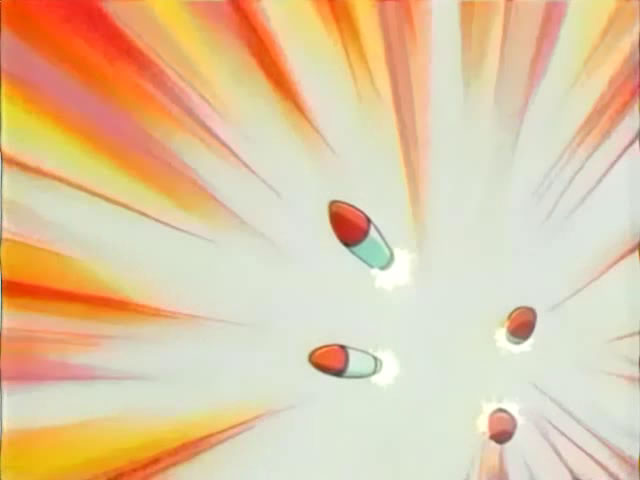 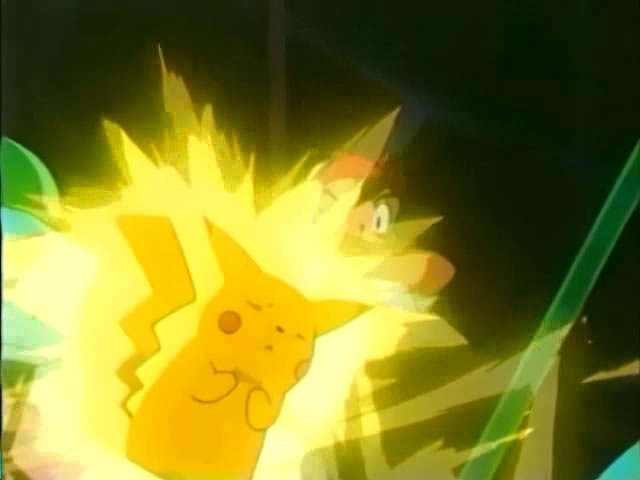 The fateful missles fired from the antivirus (left), Pikachu attacking the missles, causing the explosion that resulted in Pokemon Shock (right)

Right to ban the episode?
Not in my opinion no but I understand why they did, it was a very short scene which experts conclude caused the incident (see the video below, at your own risk) - why not edit or remove it? The simple answer is; because Nintendo/Pokemon were terrified to take another hit to the shares if something else went wrong with it, it was too big a financial gamble, and for the same reason we will probably never see Porygon again on TV. Meanwhile, the incidents main suspect, Pikachu is still at large. 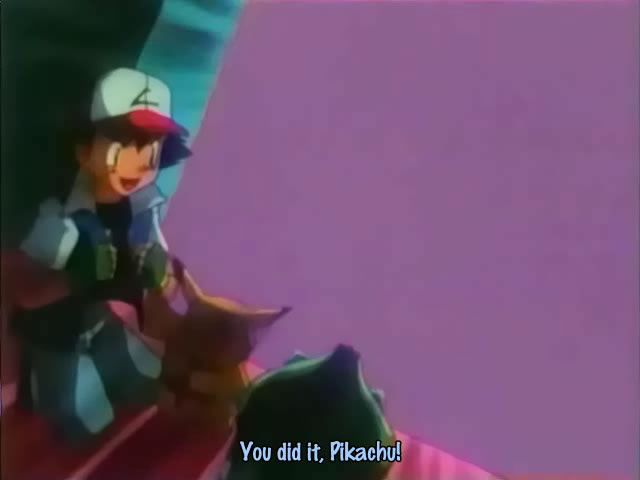 You did it Pikachu, you defeated the children!

Anyway, heres the video
I'd recommend to NOT watch it personally. Just simply because it's not particularly exciting and you get to play the 1 in 4000 lottery.