Pokemon Go: How to Evolve Eevee into Espeon, Umbreon, Jolteon, Vaporeon and Flareon

Pokemon Go: How to evolve Eevee into Espeon, Umbreon, Jolteon, Vaporeon and Flareon 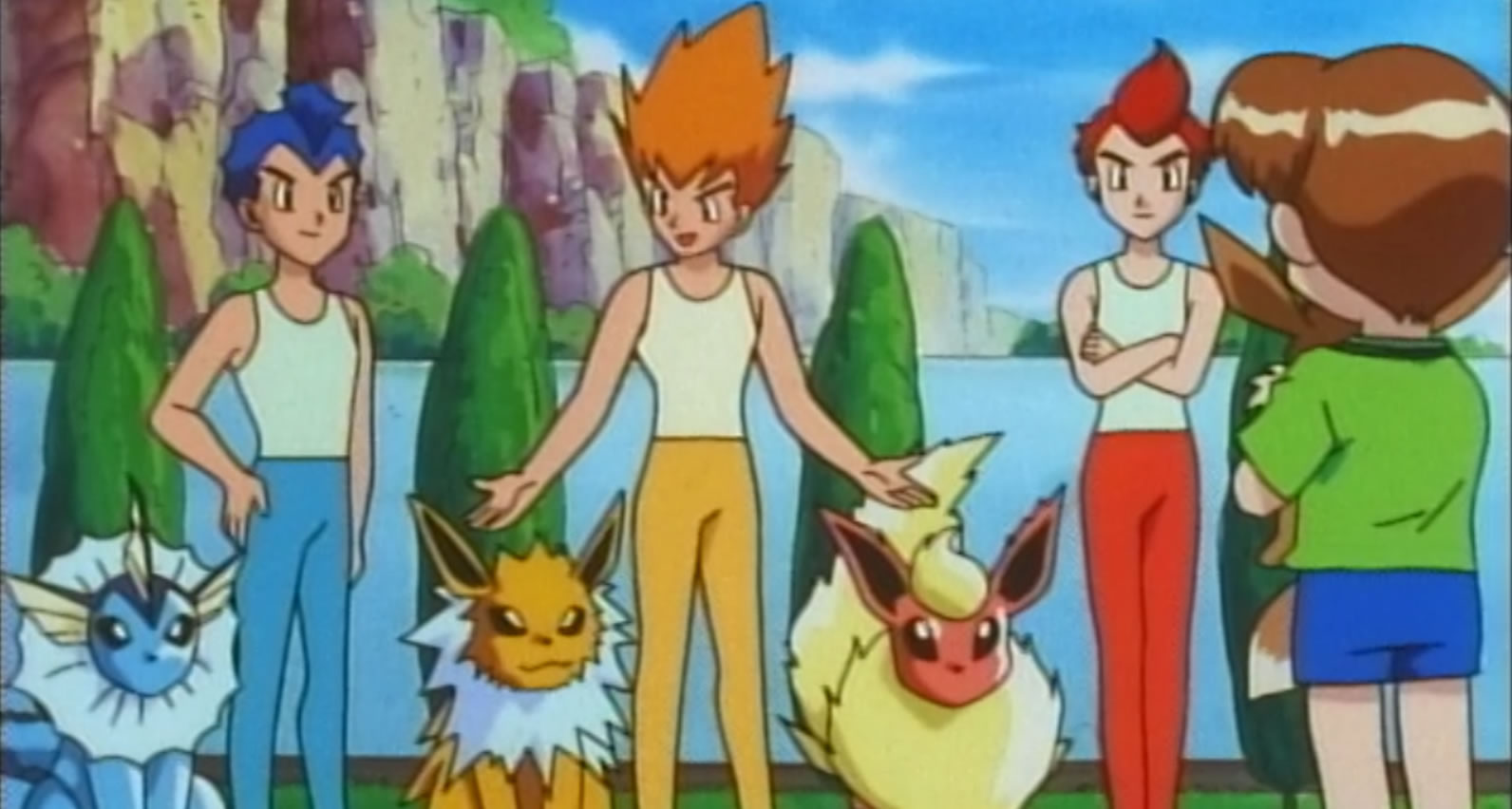 ***
gplus
Digg
Gshare
Reddit
facebook
twitter
Pin It
How to evolve Eevee was one of the very first little easter eggs in Pokemon Go at the beginning and most people by now at least know how to evolve it into Jolteon, Flareon and Vaporeon.

In core series titles Eevee was known to evolve into different types by the use of special items with variances depending on the time of day the evolution took place and the Eevee's happiness levels. In Pokemon Go however things are somewhat different and somewhat easier if you know how.

How to evolve Eevee into Jolteon, Vaporeon and Flareon.

The naming trick to choose which Eevee evolution you get has been in Pokemon Go since the beginning. Name your Eevee a certain name and hit evolve to choose what it will become. 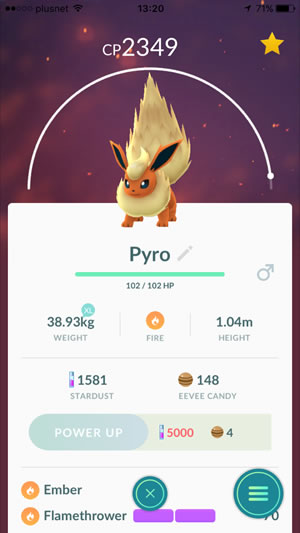 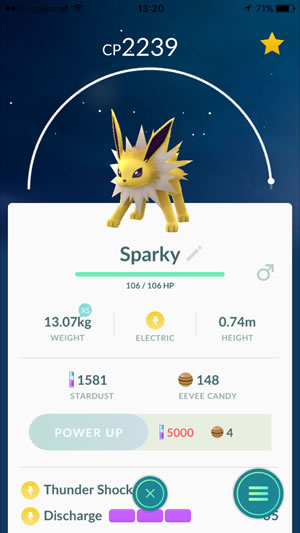 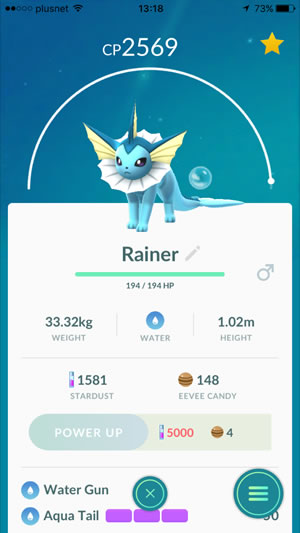 If you are a fan of the Pokemon Animated Series as well as the games you'll probably remember that Rainer, Sparky and Pyro are the names of the Eevee brothers who Ash and his friends encounter in Episode 40 of the anime. The episode was aptly titled "The Battling Eevee Brothers". Each of the brothers is an advocate of one of the original three Eeveelutions.

The Eevee brothers also had a little brother who liked his Eevee just the way it was so if you feel a deep bond with your Eevee and care more about it's heart and courage than it's CP then just don't bother evolving it.

How to evolve Eevee into Umbreon and Espeon.

So we've covered our Fire, Water and Electric type Eevee Evolutions above but since Gen II landed in February 2017 that bought us a couple more options for Eevee evolution now bringing the Psychic type Espeon and Dark type Umbreon into the mix. Here's how to get them:- 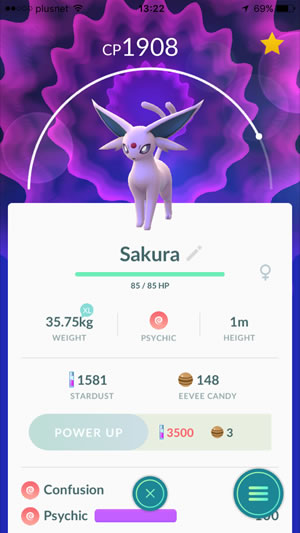 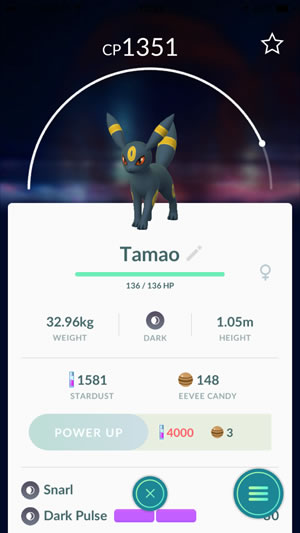 The names Tamao and Sakura are again references to characters from the anime. This time it's a reference to the name of two sisters in episode 183 in the Johto League Champions series. 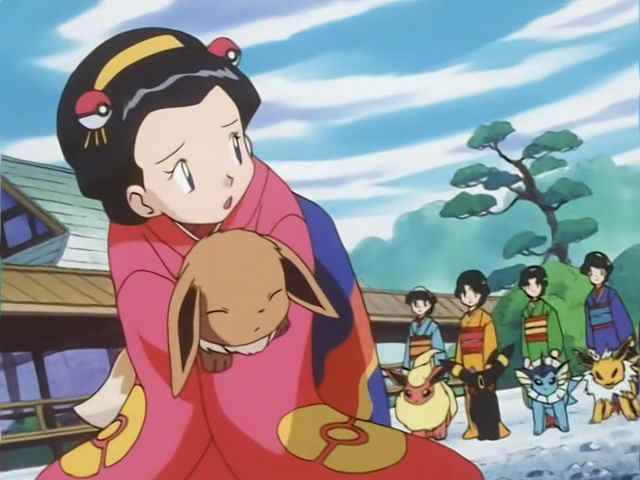 Sakura and her Eevee

It should be noted you can only specify which evolution you want once per type using the naming method so make sure you are choosing one with not only good CP but a nice appraisal rating too.

It's also believed by users on TheSilphRoad subreddit that there is infact a second way to evolve into Umbreon and Espeon. This method involves the buddy system; make Eevee your buddy and walk 10km... evolve it at night timein order to get Umbreon, walk 10km and evolve during the day to get Espeon. Although this has not been officially confirmed by Niantic I've tried it myself and it's worked for Umbreon.

If you aren't lucky enough to bump into Snorlax, Dragonite and Blissey on your daily trip to school, the office or the corner shop then a strong team of Eevee's evolved forms can still help you form the basis of a really strong team. Between the five of them you are covered against almost every type and their max cp level's are quite generous for Pokemon that only cost 25 candy's to evolve. They are also fairly common to find in most places.

As most of us are aware there are more Eevee evolutions but they haven't been added to Pokemon Go yet. If we want to get our hands on Glaceon, Leafeon or Sylveon I suspect we may be waiting a little while yet.

Hope this article helps someone - enjoy your Eeveelutions!