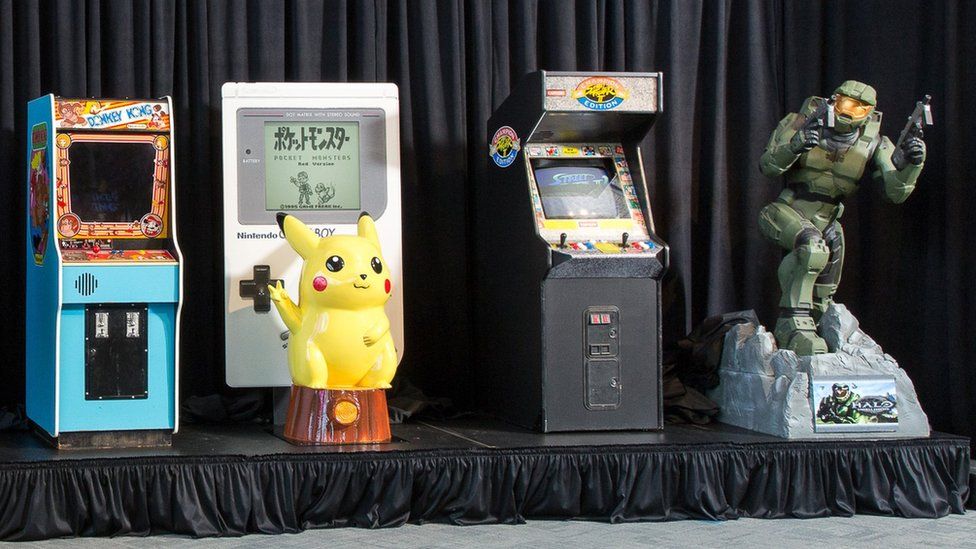 ***
gplus
Digg
Gshare
Reddit
facebook
twitter
Pin It
This years inductees to the Videogame Hall of Fame have been announced and it's good news for Pokémon fans. After being nominated in 2016 but not quite making the cut the original Pokémon Game Boy titles Pokemon Red & Green versions have now been inducted into the World Video Game Hall of Fame.

The VGHF was established in June 2015 and nominees to the hall of fame need to match the following criteria to be nominated:-

The VGHF is run and controlled by The Strong and the Information Center for the History of Electronic Video Games.

Anyone can nominate a game but it's down to a panel of expert judges to decide who is inducted. Other games which made it to the VGHF this year included Donkey Kong, Street Fighter II and Halo: Combat Evolved.


"Two decades after its inception and with the introduction of Pokemon Go, 'Poke-mania' shows little sign of fading,"

- Shannon Symonds, The Strong Curator ref the induction of Pokemon Red & Green into the Hall of Fame.