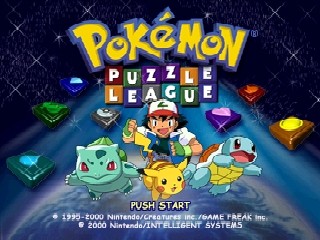 Released on Nintendo 64, Pokémon Puzzle League introduces the Pokémon world in a game very similar in style to Tetris Attack. The game was mainly based on the anime series, with the characters being all from the anime. It was also among the few Nintendo 64 games to have full motion videos incorporated in it, as the game features cut scenes very similar to the anime. Within the game, the player has to face different Pokémon Trainers in puzzle matches.

The main goal of the matches is to clear the blocks, by arranging up to three similar ones, either horizontally or vertically, all while other waves of blocks keep popping from the bottom of the playground. The player for whom the blocks reach the top of the screen loses. Unlike the classic puzzle games, which focus only on clearing blocks, Pokémon Puzzle League also gives the ability to hinder their opponents progress. In fact, successfully making combos, will make can pop garbage blocks on top of the opponents screen, which makes smart and speed two crucial elements for beating the game.

Additionally, Pokémon Puzzle League also featured for the first time, a 3D mode for the puzzles, with the player's screen transforming into a cylinder with blocks all around it, making the game way more challenging. Although the game offers a variety of trainers to play as, with different Pokémon, this has no effect on the actual game play and is only superficial. The game takes place in the Pokémon Puzzle League Village, where six different game modes be played.

While enjoying the holidays, Pikachu and Ash Ketchum get a call from Professor Oak, who informs Ash that he was honorably selected to participate in the Official Puzzle League Tournament. With haste, Ash heads to the Pokémon Puzzle League Village, where all the action takes place, with the ultimate goal of becoming the Pokémon Puzzle League Champion. There he has to face all the eight Kanto Gym Leaders and earn their badges, allowing him to face the elite four and then finally battle the actual Pokémon Champion. 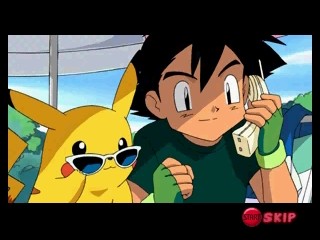 Pikachu and Ash taking the call from Prof. OakThroughout his quest of collecting badges, Ash gets interrupted by different trainers including Tracey and the Team Rocket. Facing the last gym leader Giovanni, he gets lied to and told that Giovanni is the Pokémon Puzzle League Champion, but Ritchie shows up and tells him that Giovanni didn't even reach the actual champion. Ash then faces the elite four, starting with Ritchie.

After beating all of them, he gets to face the final challenge, the Pokémon Puzzle League champion, who turned out to be, none other than his rival Gary. After defeating Gary, he earns a trophy and the title of the champion. Ash's adventure doesn't seem to be over yet, as he and Pikachu get teleported by Mewtwo who claims to be the Pokémon Puzzle League Master and the mastermind that secretly organized the tournament, in order to find a worthy opponent. Just after defeating Mewtwo, Ash and Pikachu get teleported again, but to the starting point of the game, with Ash waking up and finding a trophy near him, given as a prize from Mewtwo.

Discover the most frantic, frenzied, fun-filled Pokémon challenge ever - Pokémon Puzzle League! Line up three or more blocks of the same type to clear them off the screen. Create chains and combos to send garbage to your opponent. Collect badges from other Pokémon trainers to earn the right to enter the ultimate competition... a battle against the mysterious Puzzle Master!

A puzzle game with a Pokémon theme! Ash and Pikachu are off to the Pokémon Puzzle League Tournament to defeat the mysterious Puzzle Master.
Six different modes in 2-D or 3-D! Train at Professor Oak's Lab or Mimic Mansion, then challenge a friend or the computer in the Main Stadium. Build endurance in the Marathon Field. Solve puzzles at the Puzzle University, race against the clock in the Time Zone, and battle Team Rocket at the Spa.
Defeat all 15 Pokémon trainers! Win all their badges to become the Pokémon Puzzle Master! 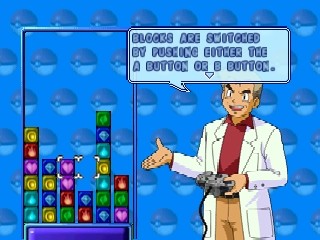 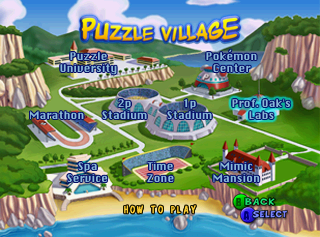 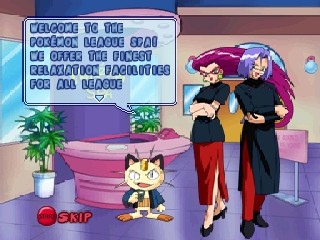 There are seven different modes that can be played at the Puzzle League Village:

There are 16 playable characters in total, except for the One Player Mode, where only Ash can be played. Some of the characters feature unique background theme songs from the anime. There are also characters which are unlockable after meeting a certain condition. 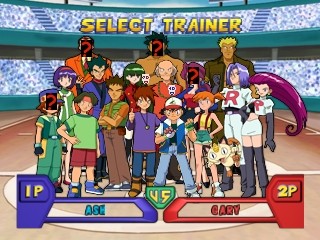 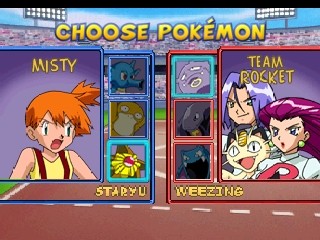 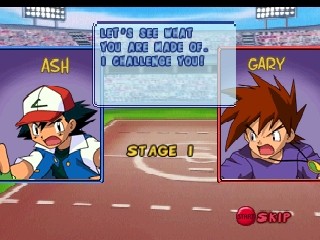 Check out these videos of Pokemon Puzzle League including trailers, gameplay, cutscenes and more.

The game managed to sell around 0.45 million copies, which is considered as an "okay" amount of sales, not as high as the rest of the Pokémon games. This was probably due to the fact that it was a) a spin off and b) only released in the western regions with perhaps the addition of c) that puzzlers seem to have passed their peak sales wise in general. 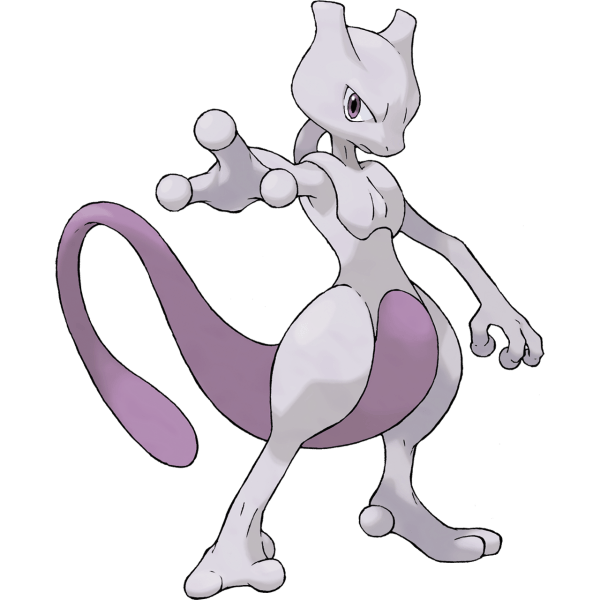