Pokemon Crystal is the third and final game of Generation II and follows on from Pokemon Gold and Silver, although isn't a direct sequel as such. It was anticipated as the last games had four versions (Red, Blue, Green and then Terevi in Japan and Yellow in the rest of the world.)

Released in 2000 for Japan and 2001 for the rest of the world it features a multitude of bugfixes, adjustments and features some of which were exclusive to Japan such as a much greater emphasis on mobile phone linking via the Pokemon Mobile System GB using the Mobile Game Boy Adapter which is compatible with a Game Boy Color or Game Boy Advance.

Like Gold and Silver the player starts out in New Bark Town in the Johto region and is later able to return to Kanto. The biggest notable addition compared to the other versions is that now you can select your gender at the beginning of the game, introducing trainer Kris to the mix of main characters.

Changes from Gold and Silver versions

There were lots of changes, enhancements and new features added in Pokemon Crystal:

Storyline and plot changes:
The plot and storyline are largely the same, but the legendary of this game is Suicune… Suicune?  How? Well its true, and things change so much that after visiting the Burnt Tower you will get actively stalked by one who you will come across at random points in the game. After you get a Clear Bell you will be able to capture it at the Tin Tower if you can defeat it in combat.

In addition to this Eusine; a new character was introduced. He is actively searching for Suicune and has been for a decade. Eusine notes that Suicine has taken an interest in the player and is following them. Jealous of the attention the player is getting from Suicine he will challenge the player to a battle at Cianwood City to earn the respect of Suicine and become noticed by him.

Anime Season's which loosely tie in with Crystal (in terms of locations, NPCs such as gym leaders and Pokémon) 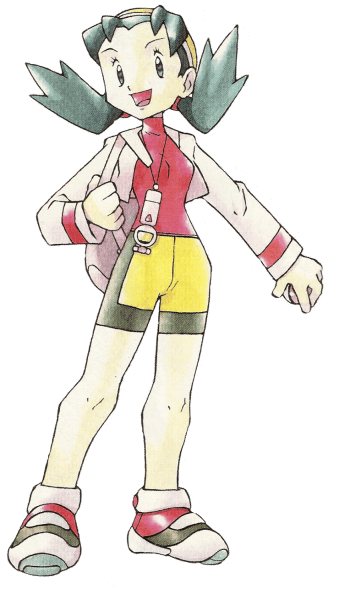 The latest in the Gold & Silver series!
Travel back to the world of Johto as the Gold & Silver series continues with brand new features! Whether you're reading the fresh descriptions in your Pokédex, using the unique sort function to organize your Pokémon in new ways, watching the all-new battle animations, or discovering another way to capture Suicune, you'll need all of your Poké-skills to master Pokémon Crystal on your Game Boy Color!

Several Pokemon cannot be obtained throughout the course of the game but they can be obtained from core series predecessors.

The infrared port on your Game Boy Color can be used to exchange gifts with other players using the Mystery Gift option. You can access this option by going to GoldenRod City's department store - just head to the fifth floor and talk to the girl and she'll ask if you'd like to use Mystery Gift. Just a click and you get a random item once a day from another player.

It should be noted that this feature only works on Game Boy Color, not on earlier or later versions.

Crystal sold 6.39 million copies overall. Making it the least sold of this generation. Quite surprising for the game which is heralded by many hardcore Pokémon fans as the game that saved the series.