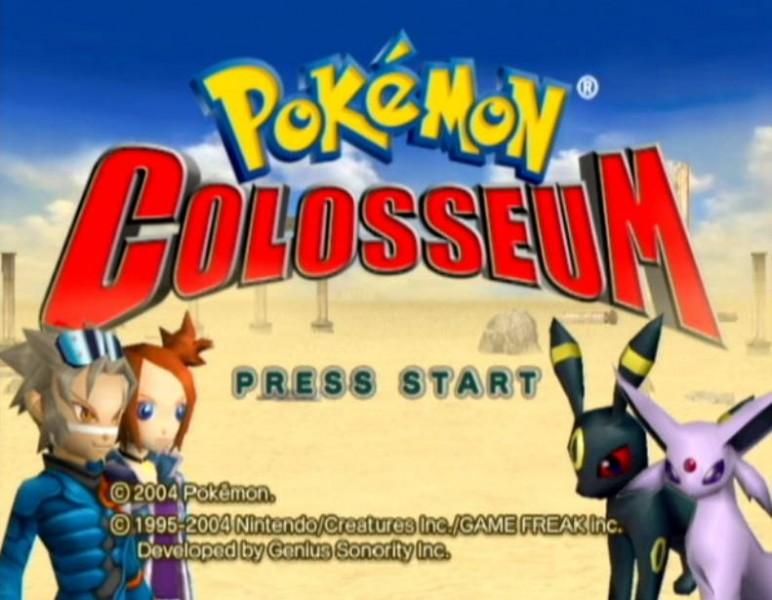 Pokemon Colosseum was the first true 3D adventure Pokémon game to be released. Although most people thought the game would be just a sequel for Pokémon Stadium 2 on GameCube, Pokémon Colosseum combines the battle features of its predecessor with many new mechanics, creating a marvelous 3D RPG
Pokémon game. Pokémon Colosseum takes place in the region of Orre, home of two evil organizations; Team Snagem which discovered a device that helps steal Pokémon from trainers and capture them as if they were wild, and Team Cypher which corrupts the hearts of Pokémon to gain control over them.

The main protagonist Wes, an ex member of Team Snagem, battles the evil doers with the goal of purifying the Pokémon, all while discovering the new region and uncovering the truth behind the shadow Pokémon. Unlike the other third generation games, Pokémon Colosseum doesn't let the player choose their characters sex, as the protagonist can only be the male Wes, but they were given a sidekick female character called Rui, that helps Wes throughout his adventure.

Another noticeable thing about the game is that all battles are carried in a two versus two Pokémon battle style. As opposed to the RPG Pokémon games, the player can't capture wild Pokémon but only snatch the corrupted shadow Pokémon from other trainers. The game also features a battle mode where players can use Pokémon present in game or those from or use their own from the GBA games, to battle each other or the AI. Marvelous graphics and scenery are present in game, along with very well done 3D Pokémon models and animation, making it the hard to beat graphic wise in it's day. On the sound level, the game was also spectacular, especially with the different soothing music and themes provided. Overall, the game was pretty successful and very well received by the Pokémon community, earning the title of the best selling RPG on GameCube.

For most RPG Pokémon games, the game starts with the character waking up at home or reaching home and being asked to set the time. Pokémon Colosseum starts completely different with the main protagonist Wes escaping from the exploding hideout of Team Snagem, after stealing some sort of equipment. Using his motorcycle, Wes reaches Outskirt Stand where he has his first battle against Rider Willie using his Espeon and Umbreon. Upon defeat, Willie tells the player about Phenac city, which he visits and encounters two suspicious people dragging a sack. Once they are defeated, a girl named Rui emerges of the sack and decides to stick to the player for a while.

They both head to the major informing him of the shadow Pokémon and who in return suggests that they visit Phenac's Stadium. At the Stadium's entry they encounter two Team Snagem grunts, one of which reveals Wes's past as an ex Snagger. After confronting and defeating one of the grunts, Rui who turns out to be a psychic that can detect shadow Pokémon, decides to tag with Wes, becoming his partner, throughout the game.

The player soon learns about Team Cipher as the corruptors of Pokémon and starts his quest of snagging all of the shadow Pokémon they have. Both characters lead an adventure full of battles where they eventually face the four Cipher Admins. First, Mirror B in Pyrite Cave. Second, Dakim, the shadow Entei owner, at Mt.Battle. Third, Venus, the shadow Suicune owner, at The Under. And finally, Ein, the Shadow Raikou owner at the Shadow Lab.

Afterwards, Rui and Wes head to the Realgam Tower where they face the four Cipher Admins again, followed by the Cipher boss Nascour. Upon defeating Nascour, Es Cade the major of Phenac City shows up, revealing he's Evice, the true boss of Cipher. Once Evice loses, he tries to escape, but gets stopped by the flames of a Ho-Oh.

When it comes to getting Pokémon, the game is very different from its RPG predecessors. There are no wild Pokémon and the player can only "snag" shadow Pokémon, which limits the options even further. Overall, there are 48 shadow Pokémon to be snagged. The rest can only be obtained, via connectivity to other games.

During the game the player gets to choose between Bayleef, Quilava and Croconaw. Once the player picks a Pokémon the other too will be available again late in the game. The Pokémon whose type is weaker to the chosen Pokémon's type will be present at the Snagem Hideout. The other one will be available at the Shadow Pokémon Laboratory.

Players can obtain Ho-Oh in Pokémon Colosseum after snagging and purifying all the 48 Pokémon.

When Wes saves Plusle from Cipher, Dukim gives it to him to take care of it.

The Bonus disc given with the game, allows players in the American regions to earn Jirachi and those in Japan to earn Celebi. Furthermore, the disc wasn't given to those within the PAL areas.

Linking the game to Pokémon Channel, is another way of getting Jirachi.

In order for the player to purify a Pokémon, first, their Heart Gauge has to reach a certain level. The message " The Pokémon's heart is about to open! Undo the final lock!" is displayed, when a Pokémon is ready to be purified. Once they are purified, Pokémon will earn all the accumulated experience of the player.

Like the Pokémon Stadium games, Pokémon Colosseum too, allows the link to the GBA games (Pokémon Sapphire,Pokémon Ruby, Pokémon FireRed and Pokémon LeafGreen) and the trade of Pokémon in between the games. Yet, this functionality is only available after finishing the story mode.

Check out these Pokemon Colosseum videos including TV Commercials, trailers, the intro and more.

Official Trailer from the Bonus Disc 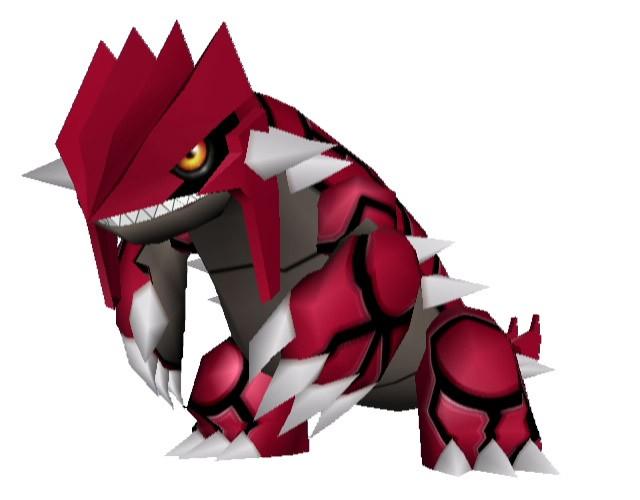 As mentioned at the start of the article, Pokémon Colosseum was greatly received, getting high scores on major review sites. Let's take a look at those scores :