Pokémon’s Quest at the Behest of Wizards of the Coast

Have you ever wondered why Nintendo didn’t continue its partnership with Wizards of the Coast? It seems like a question that we’ve all asked, even indirectly. Yet, though we’ve all asked this question, it’s also more than likely that we haven’t thought about it for too long, nor really cared that much, either. It just seems to be a fact of life that we all mutually accept as something that happened, and is now forgotten.

Surprisingly, Nintendo and Wizards of the Coast actually have a checkered past, and the change between Pokémon cards being distributed by Nintendo from Wizards of the Coast wasn’t exactly clean. It was messy, filled with colourful debate, and even now a sore point for both companies that rightfully should be forgotten. But, for those interested in what happened, here’s the lowdown for you:

Creating a trading card game (TCG) is a standard practice nowadays. You can find TCGs for everything, ranging from the well established Yu-Gi-Oh: The Trading Card Game, to random offshoots for television shows like Top Gear. More often than not, if it exists, there’s a TCG for it – and that’s not a joke. Even American Idol – a reality show that somehow resurrects itself from the dead every few years, had a TCG. So, with Pokémon sales skyrocketing, TCG being the hottest thing on the market, and the two being seemingly made for each other, it was only natural that Pokémon would decide to invest in making a TCG of their own. But, in creating one, they didn’t decide to do it on their own, but, instead enlisted the help of TCG veterans, Wizards of the Coast. This, in itself was also a very natural decision for Nintendo and Pokémon. Wizards of the Coast, if you don’t know, are known for being the forefathers of modern TCG, first establishing themselves with the now immensely popular Magic: The Gathering. So, in making this partnership, Nintendo and Pokémon decidedly had all the workings of what would become one of the most successful modern TCGs in their hands. Except, it wasn’t that simple.

Now, it’s not exactly easy to find out definite facts relating to what happened between Nintendo/Pokémon and Wizards of the Coast, but it is clear that there was a problem. Firstly, Nintendo and Pokémon weren’t happy with the direction that Wizards of the Coast were taking the Pokémon TCG. This, in itself, is vague, but misguided speculating on what it means that Pokémon wasn't happy won’t really get us anywhere. The bottom line is, there are a lot of sources of information out there on the internet, but randomly picking some maybe-but-not-really-trustworthy sources won’t clear up the debate. That’s why, it is with this in mind, that we should just note that there was some sort of dissatisfaction from Nintendo and Pokémon towards Wizards of the Coast and the Pokémon TCG.

But, one thing that we know for sure is that Wizards of the Coast had established a contract with Nintendo, which was to be succeeded by the Pokémon Company USA, who would then continue to make Pokémon cards in the USA. If you’ve noticed that even in this article Nintendo and Pokémon seem like interchangeable companies, it’s because Pokémon wasn’t a separate company from Nintendo for a few years, and the establishing of the Pokémon Company USA is an example of the change in Nintendo’s licensing shifting to Pokémon themselves – but also one that makes explaining this somewhat confusing. But, in sticking to the topic, here’s what had happened: And here, is where it didn’t go to plan:The shift from Wizards of the Coast to Pokémon was not a clean one. It was messy, and it resulted in Pokémon’s own prints of the TCG being released on store shelves at the same time that Wizards of the Coast had their prints of the TCG on store shelves. Clearly, this wasn’t supposed to happen, and caused a lawsuit from Wizards of the Coast, who had claimed that Pokémon breached contract. To further the problem, Wizards of the Coast also claimed damages, arguing that Pokémon had used their patented methods of producing cards.

But then? Well, it more-or-less just fizzled out like a wet candle. Wizards of the Coast and Pokémon resolved the problem with their own, internal methods of communication, as opposed to the courtroom. This, was a decidedly smart resolution, as even now, we find ourselves not bitterly remembering Wizards of the Coast, nor despising Pokémon. The companies reached an agreement on their own terms, and while we could speculate all types of scenarios, it is safe to say that it has concluded a messy argument in a clean way. 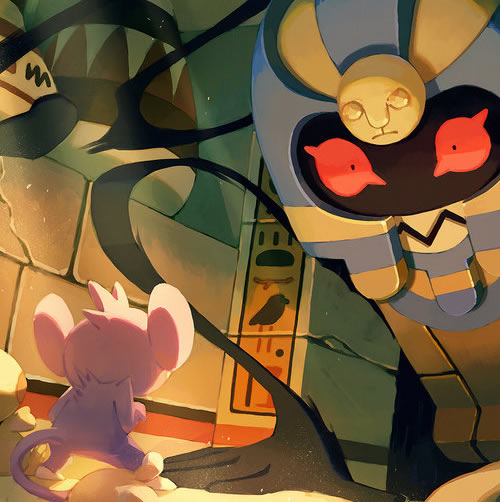