When a pokemon is freshly caught or newly hatched, it has 0 EVs. It can max out at 510 EVs.
Every 4 EVs give one point to a certain stat. Each stat can only have 255 EVs total.
When you give a stat 255 EVs, however, you are wasting 3 EVs that don't make a point. The recommended maximum is 252.
So say you have two stats. Attack and Speed.

[NOTE: Vitamins are not doubled by Pokerus]

In the 5th generation, you have a new item called wings. They are as follows:

These are unlimited, unlike the 10 vitamin per stat limit. Use as many as you want/can.
You find these in the shadows of birds on Marvelous Bridge and the Driftveil Drawbridge.

[NOTE: Also not affected by Pokerus]

To get an affected Pokemon with Pokerus... I dunno. Ask your friends. It's too hard to get naturally. Very small chance.
You can spread it when your pokemon is infected. Put the infected in first slot of the party, put to-be-infected into the second slot.
Jump in and out of battle a couple of times. The second Pokemon should get Pokerus.

[NOTE: at midnight, all pokerused pokemon in your party will become immune. They will still get the benefits, though.]

What it does:
Pokerus is a condition when your Pokemon gains double the amount of EVs. For example, killing a Lillipup with pokerus will give you 2 Attack EVs instead of 1.
Not a big difference?
200 Lillipups vs 100 Lillipups. 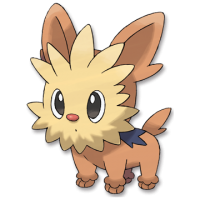 In Generation 5, these can only be bought via Subway BP.
But you get Macho Brace for free. I don't remember where.

Power items cut Speed when you're wearing them. Do not worry - it is not permanent.

Yes, you can pass EVs around like this. Pokerus does double your gain.
BUT - the power item bonuses aren't given. Power item bonus can only work if the pokemon HOLDING the item is sent into battle. So yargh. 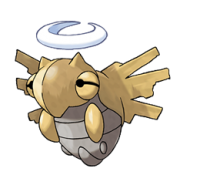 This is for when you are attached to a pokemon, but it's not EV trained to its full potential.
You simply wipe the unwanted EVs with these berries (can only get from Dream World) and re-train them.

HP = Stunfisk (2 EVs) on the waters of Iccirus. These little douchebags use Endure a lot, so counting PP usage may not be the most reliable way to tally EVs for them.
But if you're a lucky bastard and didn't catch Victini yet, you can kill it for 3 HP EVs every time. It respawns infinitely. So if you haven't caught it, don't try to catch it.

Attack = Lillipups and Patrats (1 EV each). Route 1. It's a massacre.
Editor's note: I personally prefer Dragonspiral Tower for higher levels. When you use Surf and go to the right, the dark patch of grass gives only Pokemon that raise Attack EVs, except in Winter

Defense = This one's a toughie. There's no decent Defense EV places in all of Unova. I usually just equip the Power Belt (defense) while I EV in a different stat. So complicated.
Editor's note: The best place is Pinwheel Forest, where you can KO Sewaddles and Venipedes for 1 EV each. Petilil/Cottonee likes to mess it up, though

Special Attack = Litwicks and Elgyem (1 EV each). In Celestial Tower. There is a person there to heal your pokemon. No need to spam potions or run back to the Poke Center.

Special Defense = You COULD kill Frillish. Frillish everywhere for 1 EV each. But I prefer running to the Volcarona room and killing Claydols for 2 EVs each. You'll just need a higher leveled pokemon to do the job. Level 60-70 for OHKOs.
Editor's note: Chinchou (1 EV) and Lanturn (2 EVs) also appear when fishing ripples where you find Frillish.

Speed = Basculin give 2 Speed EVs each. Just surf on that water in Route 3.

Grimer appears between levels 5 and 15 in the Castelia Sewers in Spring and Summer only, and yields 1 HP EV. In the waters of Icirrus and Route 8, you can find Stunfisk and Palpitoad for 2 EVs each. Seismitoad (3 EVs) seldom appears in ripples in Icirrus.

Golurk and Banette, holding 2 EVs, are on Victory Road's first and third floors. Dragonspiral Tower's first floor also holds Druddigon and Mienshao, also giving 2 EVs. Druddigon and Zweilous appear in N's Castle, with Zweilous giving up 2 EVs as well. Excadrill hides in dust clouds with 2 EVs, but Onix is in these same dust clouds and will give you Defense EVs. Nowhere else has anywhere near the same encounter rate with Attack EV Pokemon.

Unfortunately, like BW1, no area exists with 100% encounters with Defense EV Pokemon. Sandshrew and Yamask each have 1 EV and appear in Relic Castle, for lower levels. The other three appear in Chargestone Cave where Boldore also dwells with 1 Defense EV and 1 Attack EV.

Like BW1, these two appear in Celestial Tower with 1 EV each. You must stay on the first floor to avoid Golbats.

Frillish (1 EV) appears in a few places while Surfing with a 100% encounter rate, such as Route 4, Virbank City, and Route 17. Jellicent (2 EVs) also appears in ripples on Route 17. Baltoy is in Relic Castle, in the same room as Volcarona, where it gives 1 EV.

Route 19's surfing area has Basculin only, much like Route 3 in BW1. It gives 2 EVs.