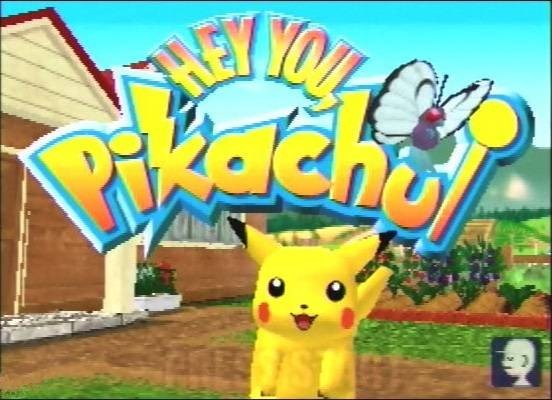 Released on Nintendo 64, "Hey You, Pikachu!" is a 3D virtual pet game, that introduces for the first time, the VRU (Voice Recognition Unit) allowing the player to interact with Pikachu through actual voice commands. The game offers quite good graphics, with Pikachu having a wide range of animations, making it feel somewhat alive and real. "Hey You, Pikachu!" successfully portrays the game genre, with soothing music themes and sounds, that fit its innocent vibes perfectly, as it mainly targets the young audience.

Moreover, the game takes place between Viridian City and Pewter City, where the player is asked to test one of Professor Oak's new inventions called "The PokéHelper". This invention allows the interaction with the present Pokémon verbally. The player encounters Pikachu, in the Viridian Forest, and forms a strong bond with it. Through the rest of the game, Pikachu starts living at the player's home and together they complete several missions and adventures, on a daily basis. The missions fall under three level categories (Pikachu's Discovery Days, Pikachu's Play Days and Pikachu's Daring Days) that are accessible from different areas of the player's house. Within the missions, Pikachu is ordered to interact with its surrounding, including objects and other Pokémon, through a wide variety of vocal commands, as it can understand nearly 200 words.

When exactly a year of in game time has passed, Professor Oak declares that Pikachu, as a wild Pokémon, has to be released. The player will have to say goodbye and abandon Pikachu at the first place they met in, and then the credits show. Although the game supposedly ended, after the credits, Pikachu will return to the player's home, and the game will continue as usual, presumably to quell the tears of the trainer that just parted with him.

For the first time ever you can actually talk to your favorite Pokémon. Tag along with Pikachu as it goes through its daily routines, taking field trips, going fishing and having picnics, becoming better friends with each passing day. The more you speak, the closer friends you'll be! 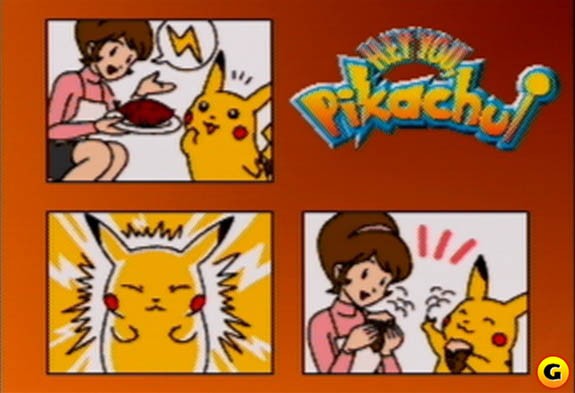 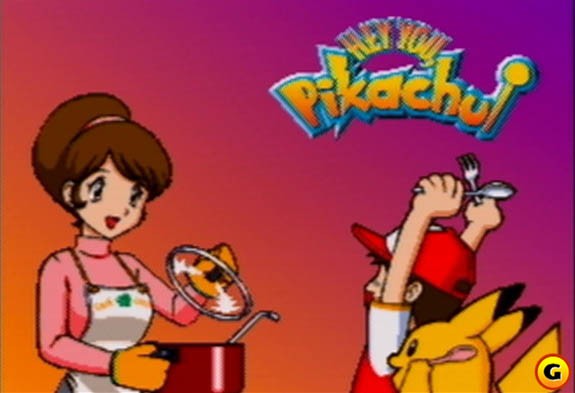 Although the game revolves mainly around Pikachu, Several Pokémon are also featured:

As mentioned earlier, the game does offer three levels, each with its own difficulty and accessible from different areas of the house. All the levels are portrayed as maps drawn differently and giving access to different locations. Although each map has its own background music, they all seem to be based on a remix from Pokémon Red and Pokémon Blue title theme. The levels are as follows :

Accessed from the player's bedroom, it is the easy difficulty level, featured as a child drawing with wax crayons. It shows six locations, of which

Accessed from the front gate of the player's house, it is the intermediate difficulty level, featured as a sketch with coloring pencils. It offers five locations :

Accessed from the side gate from the player's house, it is the hard difficulty level, featured with quite an elaborate map, which shows five different locations :

The game levels offer different types of missions, with some missions affecting their location (doing some mission for a second time unlocks a larger part of the location. Some missions take place in different parts of the same locations, depending on whether they're done for the first, second or third time). The missions are as follows :

There are a lot of items present in the game, some of which Pikachu uses to interact with other Pokémon or its environment. The items can be classified in the following categories :

- Carrot: Pikachu will generally eat carrots it finds.
- Corn: It can be turned into popcorn if Pikachu uses Thundershock or Thunderbolt on it.
- Onion: selling one will make a lot available at the player's home garden. Also, Pikachu sneezes when it smells onion.
- Pumpkin: Pikachu throws them away as it despises them.
- Sweet Potatoes: Using Thunderbolt on them will make them fried, and Pikachu will eat them. 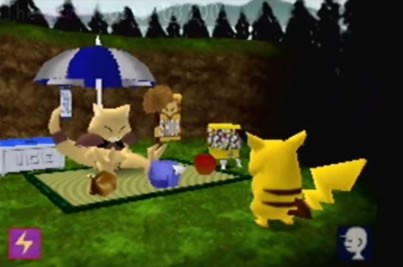 A weird shop set by an Abra, which sells items ranging from common to special items. It can be found in two locations, which are the Springleaf Fields and the Ochre Woods. Sometimes Pikachu picks up and eats edible items by its own volition, instantly costing the player currency.

A small mini game through which the player helps Pikachu guess the displayed Pokémon on the screen. The player has to clearly state the Pokémon's name. The mini game can be unlocked at the player's room if they tell Pikachu "Pokémon Quiz". The Pokémon Quiz mini game appears to be stored on a N64 cartridge in the players room, and it looks like there are multiple copies.

A selection of videos about Hey You, Pikachu on the Nintendo 64.

A Japanese TV Commercial for Hey You, Pikachu!

A U.S TV Commercial for Hey You, Pikachu! 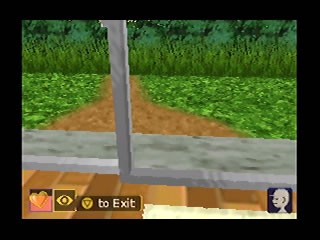 In the Japanese version of the game, the players shoes can be seen outside the patio doors, where in the U.S version they cannot. This is because in Japan, it pretty much goes without saying that people take off their shoes before entering their homes whereas in the U.S some people are a little more open to leaving them on! 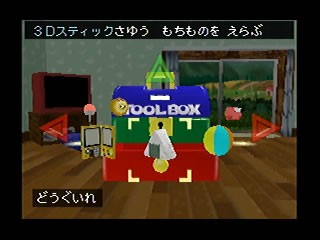 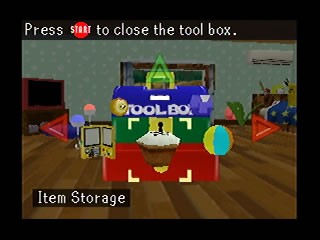 Similarly in the Item Storage box, the Japanese version contains a Rice Cake, where in the U.S version this has been replaced by a Cupcake.

For a comprehensive list of all the regional differences between the U.S and Japanese versions, check out TCRF's page on Hey You, Pikachu

Although the game mainly targeted the young generation of Pokémon fans, it was fairly succesful, selling a great amount of copies, reaching a total sales of 1.83 million units of which 50.9% were sold in Japan.

Hey You, Pikachu! was quite well received, managing to get some good reviews on the major review sites. Let's take a glimpse at these reviews :