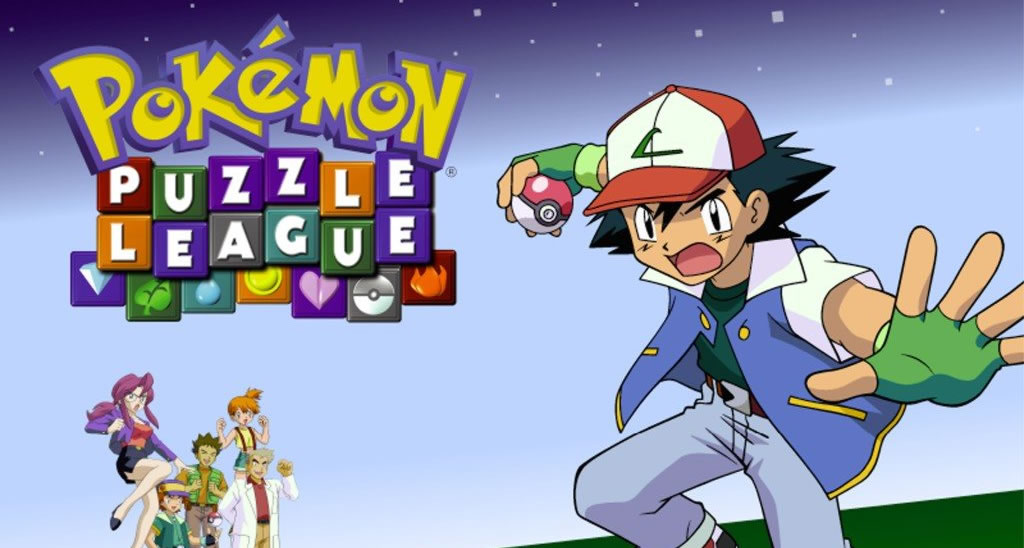 Alright people, this is it, a video game that places the most interesting cast of video game characters ever made and makes it… an afterthought. Pokemon! That's right, those little pocket monsters are back… kind of. In a game of absolute insanity, quick hands, and a few mindless voice-overs. Pokemon Puzzle League. Is it worth noting?

Concept:
Remember Tetris Attack on the SNES? Put that same idea here: Match 3-like panels vertically or horizontally. This time however, there's also a 3-D version of the game. I like this especially when it comes down to head-to-head gaming: You're awareness will be tested. The head-to-head game, each chain and/or combo throws a 'garbage block' at your enemy, or at you, as a form of attack. And it's one of the better attacking modes in video game history. This alone makes the game very much a skill-based game. So may the best Puzzle Gamer Win! 10/10

Controls:
Pretty straight forward: Move two pieces around left and/or right of each other by moving the cursor in any direction. Fast and responsive, so you have to be to win in this game. Make one mistake and you'll move way too far over. Which I like, you have to be exact because the controls are. 10/10

Graphics:
You'd think ‘3-D' in puzzle games means more like Intelligence Qube or something like that, but it's more like a cylinder that you have to move around. In which is done very well: You can see the pieces in the background move as you do. Otherwise, they did an excellent job of putting anime-based videos onto a N64 cartridge (which if you knew Nintendo, wasn't so hard to do). If anything, that deserves notice. They made them flawless where slowdown and mistakes could have happened just about anywhere in the game. 10/10

Story:
Pretty much what you'd expect out of Pokemon: Battles against other people. They try to set it around a Pokemon theme, but there was no need to. Puzzles are the most simple games in the universe, so having a story attached to them, as good as they did make it, really is pretty useless. It's still a great idea, don't get me wrong to have Pokemon be the center of attention, I just don't think it works for puzzle games as well. 8/10

Sound:
Another nice nod is that the BGMs are pretty much songs from the American addition to the anime, as well as getting the same voice actors to do their parts. And that also means, sadly, the Pokemon only say their names (other than Mewoth of course). If they eliminated this, I wouldn't have much of an issue, but every time I do a X3 chain, and hear ‘Cloyster' all the time, it's really something that can get on your nerves. Ether way, not bad for me, but I can understand people's issues if they have them. 7/10

Replay Value:
All Puzzle Games have high replay value, and this one is no exception to the rule, in fact, it's the rule out-right! There's more to do than simply get into ‘battles.' There's an endless mode, as well as ‘Line Clear' where you have to get to a certain point of the round to move forward. And also there's a ‘puzzle' mode to test your thinking skills. All in all, a very well done game once more in getting you to play over-and over. 10/10

Fun Factor:
What made the original Tetris Attack so addicting? It was fast-paced yet simple. It's the same here only with a bit of a 3-D twist. Same addicting style, and same head-to-head play. Puzzle games are just like that. 10/10

Fandom:
Now for the only real problem with this game. Nintendo did put out a very good puzzle concept, and made it viable before by using characters from Super Mario World 2: Yoshi's Island in the original ‘Panel de Pon' game, that originally had fairies in it (see the good transition from what would have been a ‘girlly' feeling game into one people could notice?). And, if I may say this, THERE WAS NO NEED TO PUT POKEMON CHARACTERS INTO THIS GAME AT ALL!!!! Why you ask? Instead of being a ‘puzzle game' this could be more seen as a ‘pokemon game.' Case in point, I honestly asked people on a Gaia topic ‘which game out of these two should I review next?' They chose this over Super Puzzle Fighter II (I'll do that review soon) because it had Pokemon in the name. Now, I'm not trying to insult the people in the topic, that's their fandom and all, but it goes to show that this game would have been better served as a whole to drop Pokemon from it all together and just be ‘normal' puzzle league, or carry the original Panel de Pon' title. Instead, Nintendo was riding the hot craze of Pokemon in the late 1990's-early 2000's to sell this game. And this game really didn't need it. 3/10

PlasmawarriorX aka James Karsten has been reviewing videogames online since 2009. You can connect with James on Facebook, or drop him a mail on plasmawarrior2002 -at- gmail.com.