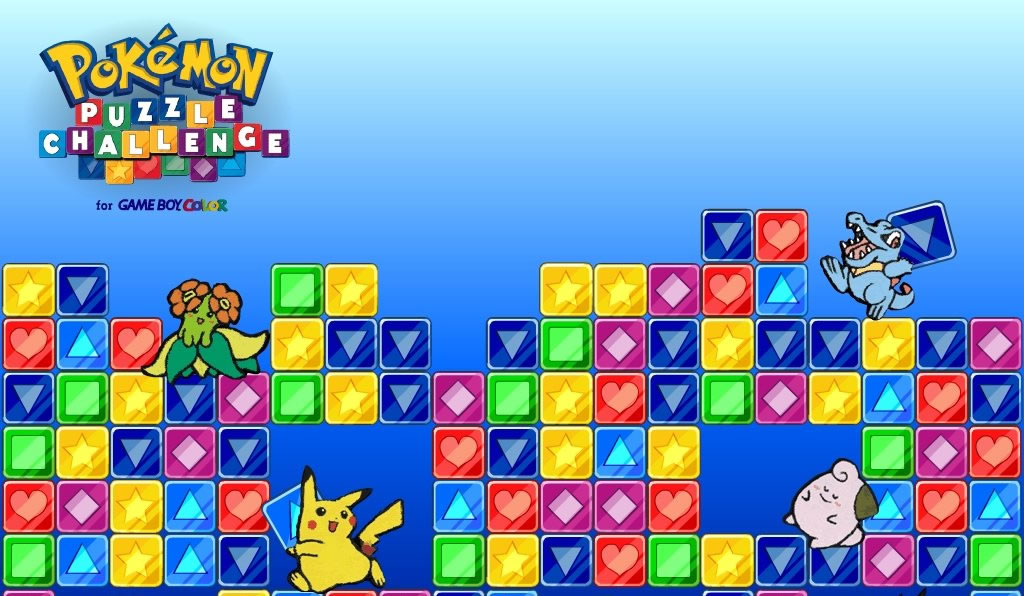 I know some people detest pokemon while some people absolutely love it! Well this game is like Tetris, so even if u absolutely hate pokemon, you wont notice that hatred :P

Story (6/10): There isn’t much of a story here. You just go through the Johto League, playing other trainers Tetris! You have to beat up the gym leaders, by playing Tetris! Just like in the original pokemon series, you have to try to collect all the pokemon, even though there aren’t that many in this game.

Gameplay (7/10): The gameplay is actually quite good. Like traditional Tetris, you make chains of blocks and try not to let your stack hit the top. If you get three in a row of the same type of blocks, then you destroy those three blocks. If the destruction of those three blocks causes something else to destroy, its called a chain! The more combos/chains you have, the more points you will probably get! You can play in several modes such as Marathon, Time Zone, Challenge, Puzzle, Garbage and Line Clear! All of the modes have different rules and different prizes! In some modes, you just try to get records! In others, you try to unlock new pokemon characters for you to use! It may sound easy but it isn’t! The speed that the blocks fall at gets faster and faster and faster until you cannot take it anymore and your stack reaches the top! You have to be fast and smart to advance in this game! Sometimes you play until your stack reaches the top, sometimes you play against a time limit! One of the only games that have ever made me use my brain to advance further into the game…is that a good thing!? :P

Sound/Music (7/10): The sound in this game is okay. Its actually one of the best features of the game! Every time you get a chain/combo, depending on how large the chain/combo was, there will be a different sound! Also the pokemon have there unique cries, just like in the normal pokemon games! The sound is definitely better than the traditional pokemon RPG games!

Replay Ability (6/10): You can reply this game all you want! Even if you have unlocked every single thing, there are still records to beat! You may get tired, but becoming the best will take a lot of effort, even though you wont be doing much besides playing the same levels over and over again trying to get a higher score.

To Buy or To Rent: I would have to say rent. It will not take you a long time to beat the game, and trying to get a super record is kinda useless. I bought this game so now I’m stuck with it. I might as well try to get a better record. If you rent it once, it’ll be enough to play it out and never want to play it again!

Overall (6/10): Why not just get the traditional Tetris!? What’s so wrong about it? It’s like saying to blow $30 extra for a game that has a pikachu in it! Whoopee… I would have to say I was disappointed in this game, but now I’m stuck with it. And I thought Tetris was bad…Save that $30 and go buy something else…maybe even the normal Tetris! At least you’ll have some $20 leftover!