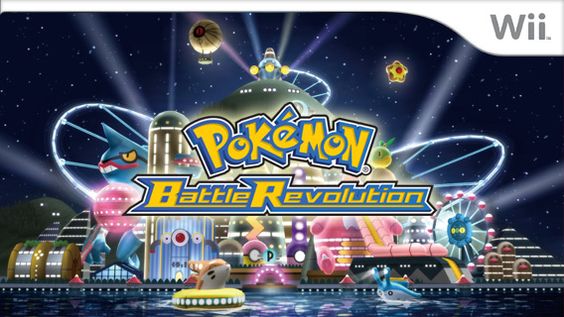 "Not enough for a revolution"

Pokemon Stadium was a great game in many aspects. Not only did it allow you to transfer your pokemon from the gameboy games to the N64 cartridge, to play the gameboy games right on your TV screen, but it also had fun mini-games, a lot of stuff to do in the stadium and the battles were fun even on single player... there just was a lot going for it even if it was only a pokemon battle game. It really was well crafted. The ones that followed it kept the same formula, changing a few things, adding others, like the RPG mode which in itself was a neat extra from the previous games but not deep enough to stand alone by itself. Now where I'm coming is that with the arrival of Battle Revolution, it's fair to expect more, especially with the Wii. Maybe not an RPG mode, but at least a great stadium game, since that's all the game is. But it's even less than that.

If you don't have a DS and Pokemon Pearl/Diamond, then don't bother. You can still play, but you won't get anything from it. You can rent a trainer pass with specific pokemons already selected for you, but can't create your own team and choose the pokemons you want in like in Stadium. The way the game works, all there is is the battle mode, a kind of colosseum where you can go to different locations to battle against other trainers. In this regards, the game is exactly like Pokemon Stadium, but there are less arenas, or so it seems. You enter a series of battles and gain some money if you win. With the money, you can buy gear to create your own trainer. That's probably the only interest the whole game offers.

If you do have Pearl or Diamond, then it's a tad more compelling to play. You can create your own team from your DS game pokemons, and create your trainer with the gear you buy. The function is pretty limited, but you can choose from 3 different models of girl or guy trainer, and then dress it as you want. There are a lot of stuff to buy for it, so you can make it unique. Since buying clothes for your trainer is the only goal in the game, if you're not into that, then you probably won't have much fun with the game. The "customizing your own trainer" option kept me addicted for a few days, but I got tired of it very quickly. The battles won't keep you busy for very long either since there is no real interest in fighting over and over the same trainers once you've done it once. It's a short thrill seeing your DS team in 3D on the big screen.

The battles are sort of dull, you can often predict the opponent's moves since they always attack with the same ones. They tried to throw in some spice to make the battles more exciting like forcing you to use random pokemons, but I found that to be more frustrating than anything else when all you get is a bunch of weak bug pokemons and your opponent gets all the powerful dragon ones. Using your own pokemons from Pearl/Diamond makes the game extremely easy, however. The opponents never use very strong ones, so if you have evolved forms of pokemons, then you're pretty much sure to win with a single attack. The stadium mode is also very short, you can finish all the battles within a few hours. Once you're done with that, you can replay them with different rules and win more money to dress up your trainer. That's all there is to do in the whole game. Even with WiFi it's a fun that doesn't last that long.

In comparison to previous titles, Battle Revolution looks really good. The attacks and special effects are often impressive, especially the water and fire effects which are done with a lot of realism. The environments are neat, what you'd expect from a Wii game. My only gripe was that the pokemon models, although great, looked too shiny like they were made of plastic, giving them a toy look instead of living creatures. The music is also alright for a pokemon game as always, each pokemon has its own cry when they faint in battle, and the announcer voice is back during battles. You can turn it off, but I thought it sounded good enough. The interface of the game is kind of disappointing, since instead of walking around you simply select where you're going from a menu. It would be nice if in the next game they let you walk around the stadium.

This is the revolution. Not a great one. It's good, but it's less that what it should be. If you really want to have your DS pokemons in 3D, then rent the game, play a few hours, and you'll most likely be done with the game after that. Building up a trainer is a great improvement, but there is nothing else to keep you coming back. Once the battles are over, all you'd do is fight the same battles, again. There are no extras to the game, nothing that would make it worth playing over. Sure it's fun for a while, but the game really needs to be more than just battling and the formula needs tweaking.