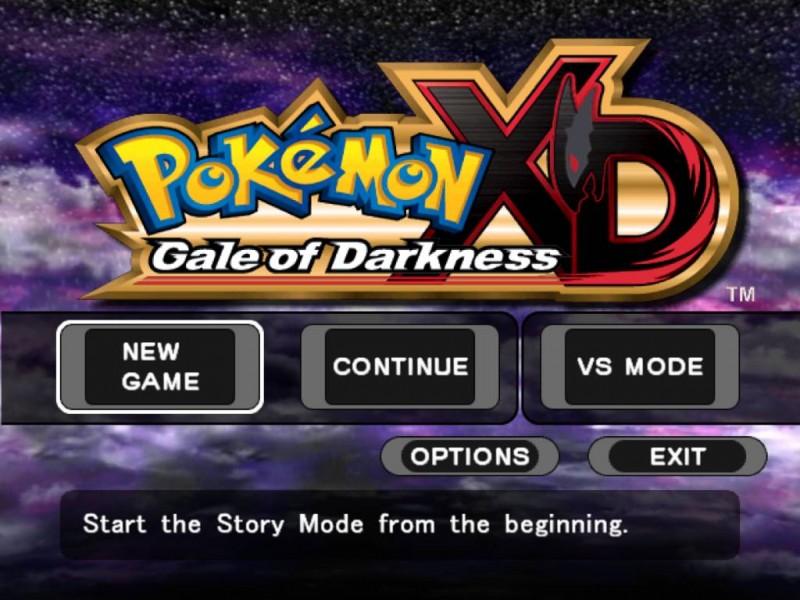 The second RPG Pokémon game released on home console. Pokémon XD: Gale of Darkness is the sequel for Pokémon Colosseum, taking place in the same region of Orre but with a brand new protagonist and a new story. Just like its predecessor, It features amazing graphics and sound effects, even though it is said to have recycled animation and models from Pokémon Colosseum.

Gameplaywise, The game tried to cover the lacunas of Colosseum by introducing many new features such as the Poké Spots which allow the player to lure and catch wild Pokémon, and the purification machine that provides a faster purification process. The game still uses the same battle mechanics, with most battles being two versus two style. Furthermore, the story is a little similar, with the goal of finding the shadow Pokémon and purifying them, all while facing the evil team Cipher.

Experience The Extra Dimension!
Using Shadow Pokémon, an evil organization has unleashed a sinister plot of world domination. With Eevee as your companion, and with the help of numerous friends along the way, you must fight against terrible foes and race against time to snag a purify the Shadow Pokémon and save the world!

Pokémon XD: Gale of Darkness starts out with the cinematic of the S.S Libra ship being attacked by Team Cipher's Helicopters and high jacked with the help of a shadow Lugia. Next, the protagonist Michael finds himself in a battle simulation, conducted as a test to help Professor Krane and Lily in the Pokémon Lab HQ. The first task the player is given, is to retrieve his P★DA from his room and look for his sister Jovi. Once the task completed, Michael returns to the Pokémon Lab HQ and receives the Snag Machine but suddenly Cipher goons show up and kidnap Professor Krane. 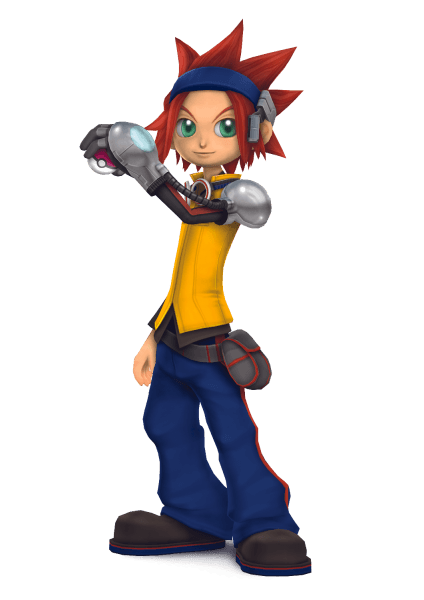 Michael is then sent to Gateon Port to retrieve a crucial missing part for the Purification Chamber. There, he encounters Mr. Verich who protects his sister from a thug named Zook. Upon returning to the Pokémon Lab HQ, the protagonist learns about Agate Village where Pokémon can be purified. He eventually heads there, meets the leader Eagun and gets allowed to use the purification stone. Michael then starts his quest to defeat the evil organization Cipher. He defeats the first Cipher Admin called Lovrina at the Cipher Lab and saves Professor Krane, he then battles the Cipher goons that took over ONBS.

Later on, the protagonist hears that Cipher also took over Phenac city, so he heads there and defeats Snattle, the second Cipher Admin. Michael gets a request to save a Pokémon on the S.S Libra. He successfully heads there, yet the Pokémon escapes and he gets attacked by Team Snagem that knocks him out and steals his Snag Machine. Eventually, the protagonist attacks the Snagem Hideout while battling a load of Snagem goons, then defeats Gonzam their leader and retrieves the Snag Machine.

Surprisingly, Gonzam reveals he has the same goal as Michael and decides to team up with him to take out Cipher. They head to the Cipher Key Lair, where the Michael defeats the third Cipher Admin Gorigan, while successfully shutting down the shadow Pokémon Factory. Upon defating Gorigan, Mr. Verich appears on video, revealing he's Greevil the boss of Cipher who's hiding on Citadark Island.

Michael takes the fight to the last Cipher Hideout. In Citadark Island, he battles the three previous Cipher Admins and Ardos and Eldes who turn also to be Cipher Admins. The final challenge is then to defeat Greevil and his shadow Lugia. After the Cipher Mastermind is defeated, he surrenders along with Ardos to the Police while Eldes escapes. Michael can now participate in the Orre Colosseum where plenty of characters will reappear for battle, like the five Cipher Admins and Team Snagem and its Leader Gonzap. 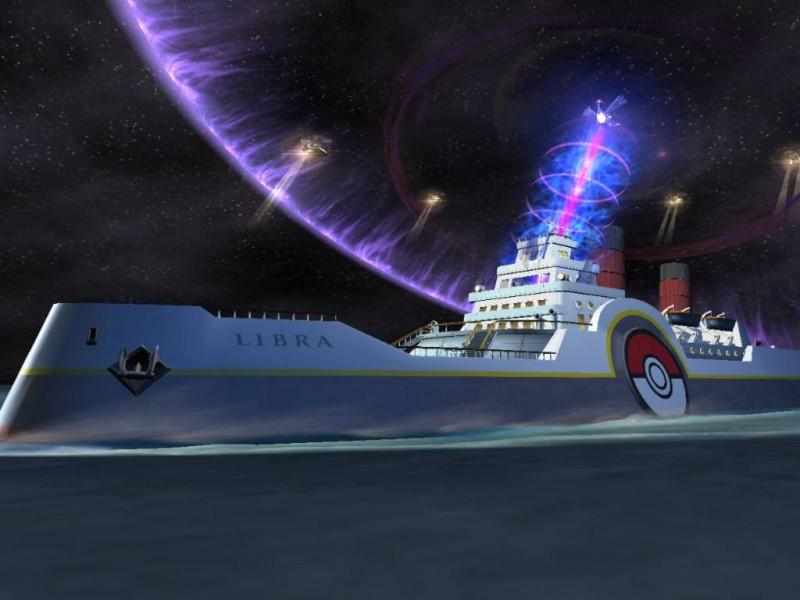 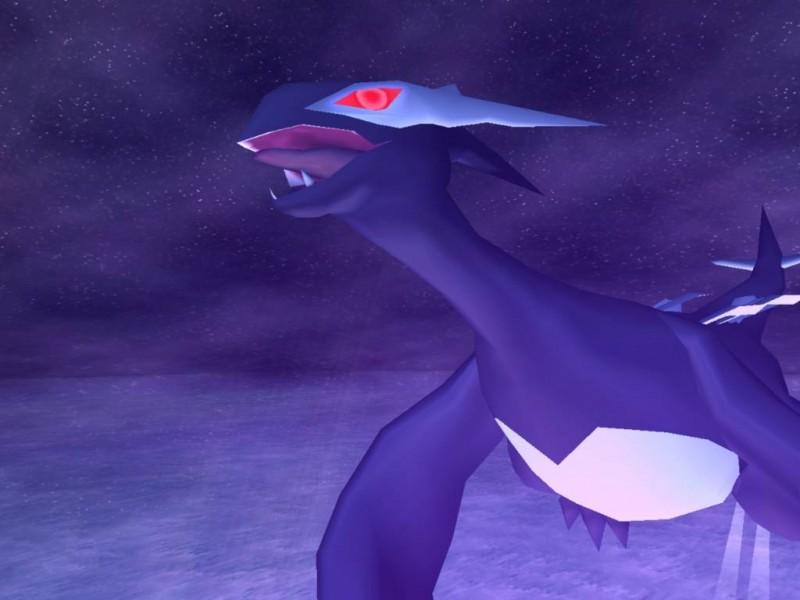 Team Cipher: An evil organization that corrupts the hearts of Pokémon, closing them and turning them into shadow Pokémon. Its ultimate goal is world domination. In the game, they're based in Cipher Lab, Cipher Key Lair and Citadark Isle.

Team Snagem : A criminal organization that once allied with Cipher that gave them the Snag Machine, allowing them to steal Pokémon from their trainers. Team Snagem doesn't make much appearance in Pokémon XD: Gale of Darkness. In fact, Michael only encounters them twice when the Snagem grunts steal his Snag Machine and when he attacks their Hideout, which seems to be their only base in this game.

Similarly to Pokémon Colosseum, Pokémon XD: Gale of Darkness focuses on catching Pokémon in their shadow form. Yet, it also offers the new ability of catching wild ones with the Poké Spots. Within the game, the player can Snag up to 83 shadow Pokémon, with the last one unlocked after snagging 82. Here's how to get some of the others:- 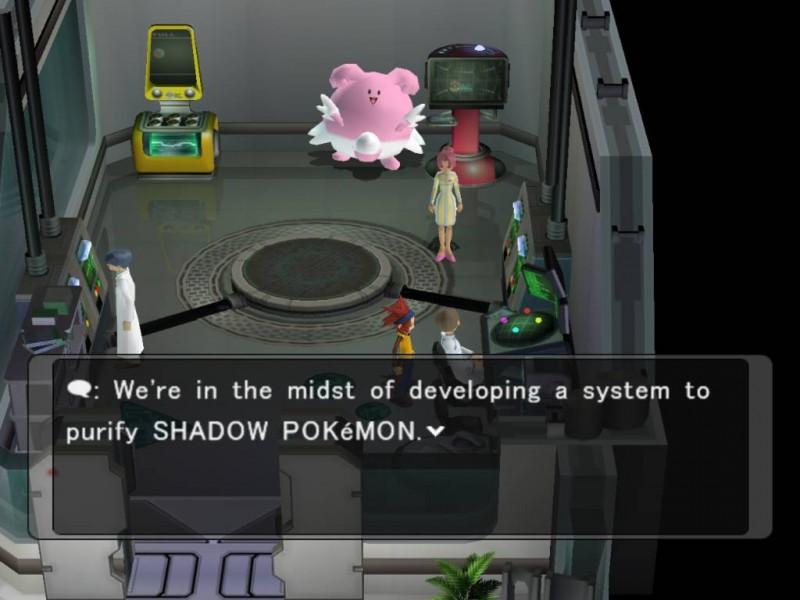 On the other hand, purifying Pokémon with the Stone take a different process. First the player has to make the shadow Pokémon's Heart Gauge reach a certain level, before taking it to the stone in Agate Village to purify it. Upon reaching the purification point within the Heart Gauge, the message " The Pokémon's heart is about to open! Undo the final lock!" is displayed, when a Pokémon is ready to be purified.

Purifying Pokémon with the Stone grants them the accumulated exp of the player, while purifying using the Chambers grants no exp, but is a way faster process.

The new feature added in Pokémon XD: Gale of Darkness, which allows the player to catch wild Pokémon. There are three different Poké Spots in which the player can put snacks as bait for Pokémon. Once a Pokémon takes the bait and appears, the player will be notified. Sometimes, an old lady's Munchlax eats the snacks instead and the lady gives the player 10 Poké Snacks as reconciliation. There are 8 catchable Pokémon in total with the Poké Spots: Hoppip, Phanpy, Surskit, Zubat, Aron, Wooper, Sandshrew, Glidar and Trapinch. Some of these Pokémon can be traded with Duking for rare Pokémon.

Like the previous game, Pokémon XD: Gale of Darkness can be linked to other GBA games too. In fact, it can be linked to all the GBA Pokémon games, allowing the trade of all the different Pokémon in between them. Establishing links with other games also allows the use of a battle mode in which players can duel each other.

Check out these videos relating to Pokemon XD: Gale of Darkness. The videos include TV Commercials, the current world record holding speed run of the game and the opening cinematic/intro.

The official trailer for Pokemon XD: Gale of Darkness

A Japanese TV Commercial for Pokemon XD: Gale of Darkness

A video of A Pokemon XD: Gale of Darkness speed run by Ry Guy, the current world record holder.

Despite getting some critics about the large amount of recycled animations and features from the previous game, Pokémon XD: Gale of Shadow was quite well received, getting good scores on major review sites. Let's take a look at those scores: