Pokemon Rumble U (Wii U)
Login 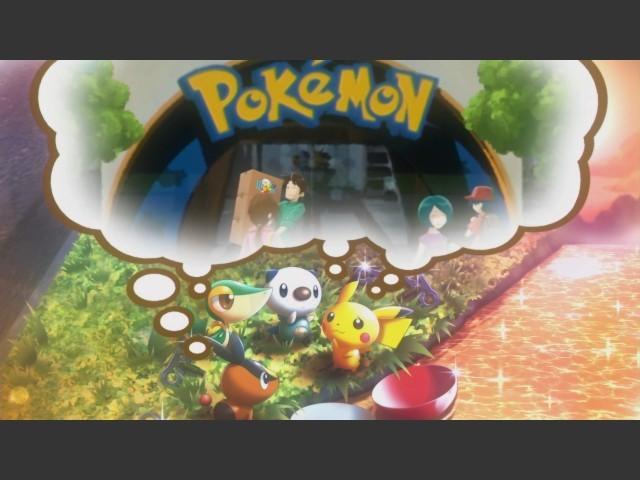 Pokemon Rumble U is a beat em up game and the third title in the Pokémon Rumble series, and the first Wii U game to feature the NFC (Near Field Communication) feature, which allows you to scan Pokémon figurines/amiibo's, unlocking their respective Pokémon. Pokémon Rumble U, also called Pokémon Scramble U when roughly translated from Japanese, shares a lot of mechanics with its predecessor Pokémon Rumble Blast.

The game has a small element of story to it, the story begins when some Pokémon capsules from a Toy Shop get thrown into a river and the four Pokémon Pikachu, Oshawott, Snivy and Tepig emerge from them and have to find their way back to the shop, battling several enemies in different arenas on their way.

The arena's can now have as much as 100 Pokémon fighting at the same time, with a Boss Pokémon battle at the end of each arena. Beating the boss will allow the player to advance through the game and unlock the next arena. Additionally, the game sees the return of the multiplayer function, that was removed in Pokémon Rumble Blast, allowing up to four players to play the arenas together.

Many new Pokémon have been added to the game, and they're still featured with chibi-like 3D models. The graphics of the models themselves has improved compared to the other two rumble games, the same aslo applies to their animations and the skill animations, as many visual effects have been added. On the sound level, the music new tracks were added, although they still sound similar to the previous ones.

Up to four players can enjoy multiplayer battles, featuring co-operative play to defeat the strongest enemies with teamwork, or friendly competitions to see who can defeat and befriend the most Pokémon.

Pokémon Rumble U features every last one of the 649 Pokémon that have been discovered as far as Pokémon Black Version 2 and Pokémon White Version 2, and hundreds of moves to master in battle. And the more Pokémon you defeat, the more Pokémon you can befriend, each with different strengths and weaknesses that will shape your battle strategy. 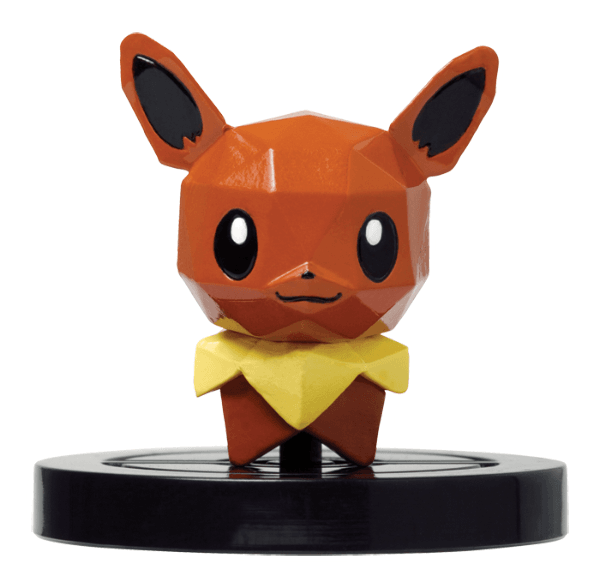 Other surprises and pick-ups will crop up along the way – which will help strengthen the team, restore health, or cause damage to the opponents. Pikachu and friends will encounter Giant Bosses, and players can even use the Wii U GamePad to set off Touch Bombs when faced with many Pokémon in battle at once!

All the fun of the Pokémon Rumble series comes to Wii U!
Featuring all 649 Pokémon discovered up to Pokémon Black Version 2 and Pokémon White Version 2
Co-operative and competitive multiplayer modes let you share the fun with friends 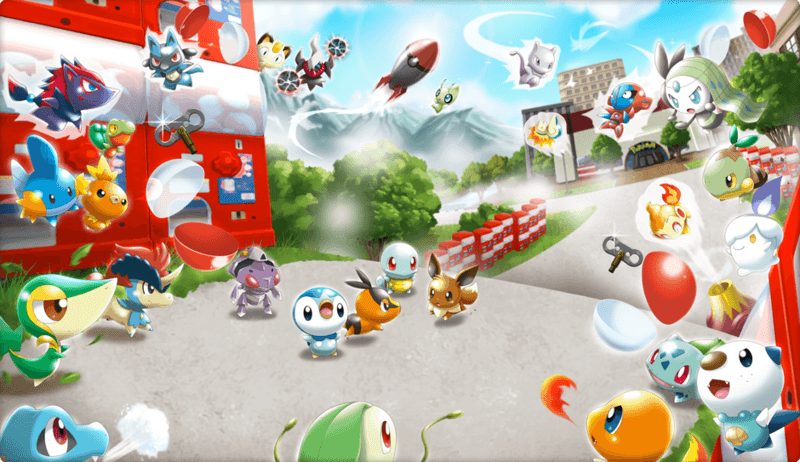 An artwork featuring lots of Pokémon getting ready to rumble.

All the Pokémon from the first to the fifth generation are present in game, with a total of 649 Pokémon. They can be obtained either by befriending them, or through passwords or through the NFC feature.

The NFC Feature: As mentioned earlier, with the help of the NFC Function, players can scan the Pokémon figurines they bought at stores and unlock the Pokémon in game. These Pokémon will come as a stronger version of those present in game and will have a special aura displayed around them, along with special abilities. They can also be customized, as their stats, moves and abilities can be upgraded. The figurines can also play the role of a Pokémon Storage system, since the player can rescan his customized and enhanced Pokémon back into the figurines, which allows to use them at a friend's console. Even if you're already in a battle, scan one of these figures and they'll appear ingame and help you!

There four locations, each having 3-4 arena battles. Successfully clearing an arena battle, unlocks the next one. Arenas are composed of different stages, with each stage having a boss the player must defeat, along with a set of challenges that will unlock a special Pokémon once completed. 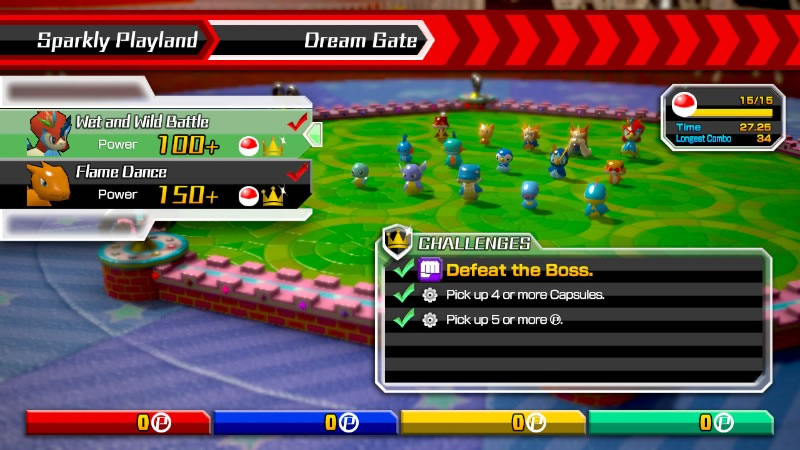 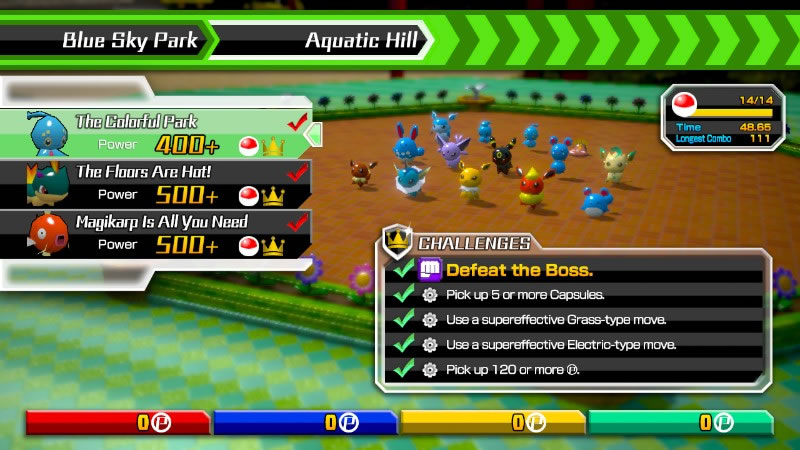 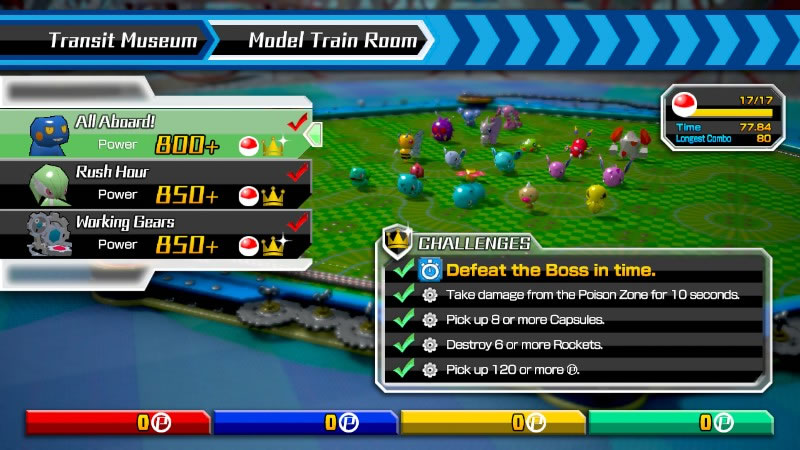 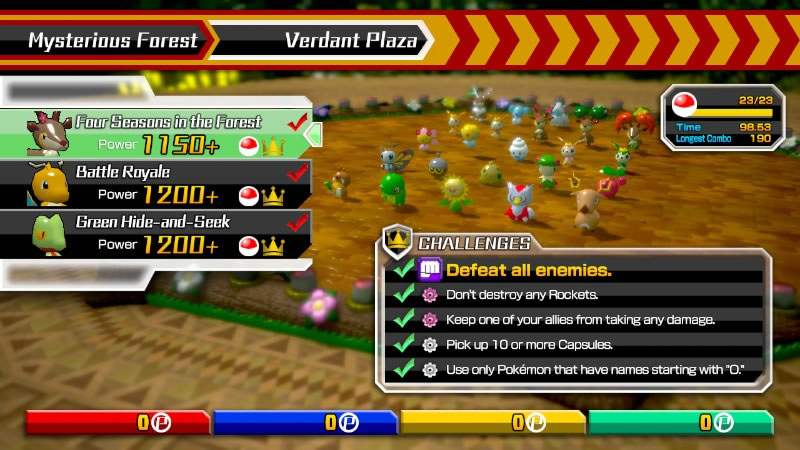 Pokémon Rumble U added a new feature to its battles. Now items will randomly spawn into the battle field or will be dropped by Magnemite. Each item offers a beneficial effect and assist the player to clear the stages faster.

Check out these videos of Pokémon Rumble U including trailers and the intro video.

Even though it was never stated by Nintendo, some of the Super Smash Bros. amiibo figures are compatible with Pokémon Rumble U's NFC feature. The amiibo's in question each have a unique Pokémon it will read as.

Pokémon Rumble U wasn't really very well received. In fact, it was given mixed average and negative reviews on major review websites. Let's take a look at these reviews: 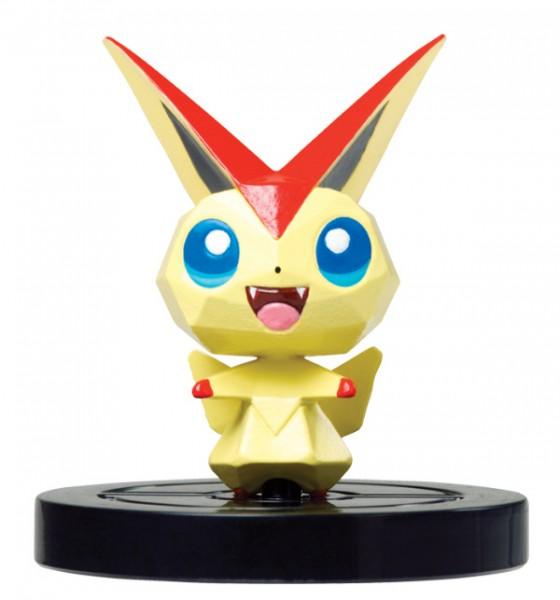 An NFC Compatible model of Victini


Overall, the game wasn't as good as the fans expected it to be. As it merely copied the features of its predecessor and only improved the graphics, ending up as a monotonous game.