Pokémon Rumble Blast is the second beat em' up game in the Pokémon Rumble series, and the first Pokémon game to be released on Nintendo 3DS. Using toy Pokémon, the player will go through different stages and areas, battling waves of enemies and unlocking new Pokémon.

The game features Pokémon up to the fifth generation, along with various game modes ranging from Single Mode to Multiplayer Mode. Unlike the previous game in the Pokémon Rumble series, Pokémon Rumble Blast has a rather interesting story line; assisted with fun mechanics and Mii 3D Models.

The game begins with a scene of Zekrom and Reshiram battling in toy forms. The player, then, starts out as a toy Pikachu in Beginner's Park, where they have to battle a bunch of Pansage, Pansear, Panpour and Unova starters. They manage to recruit Snivy, Oshawott and Tepig and face off Zekrom as the stage Boss. They inevitably lose the fight and the stage crumbles.

The player finds themselves in Toy Town, where they meet Lilipup who'll familiarize them with the town and ask them to head to the meadow. As they return to Toy Town, they learn that the Glowdrops had been stolen and Pawniard is the first suspect.When the player contacts him, Pawniard states that the player won't survive the next Battle Royale and runs away. Subsequently, the player enters Challenger's Ground, where they beat Pawniard at the semi finals, and also win the finals. Pawniard reveals that it wasn't him that stole the Glowdrops, but Krookodile and his Pokémon group, and which will visit Easterly Town next. The player informs Toy Town's citizens of the news and they show the player the way to Easterly Town.

A cutscene is played, where Cobalion adresses a group of Pokémon and demonstrates how the Glowdrops can remove rust from any object. Cobalion, then, orders the Pokémon to gather as many Glowdrops as possible and the scene ends with the Pokémon moving out. The player reaches Easterly Town and witnesses Krookodile stealing its Glowdrops and defeating all the Pokémon standing in his way. The player chases the thief, through different areas, until they meet a Gurdurr that informs them about the Glowdrops fountain which has the power to restore the Glowdrops in the town. The player heads toward it and encounters Cobalion there. They fight and Cobalion manages to knock out all of the player's Pokémon and take the Glowdrops.

The player visits Westerly Town and meets a Zorua there, who tells them about Cobalion's wherabouts. The player heads toward Firebreathing Mountain, where Cobalion is supposedly hiding, and gets attacked by strange Rusty Pokémon along the way. The player manages to defeat them and reach the last fort on the Firebreathing Mountain. There, Zorua reveals he's one of Cobalion's followers and attacks the player with Zoroark's help. The player defeats both of them and finds Cobalion. Being too powerful, Cobalion knocks the player out again, bends their Wonder Key and proceeds north. The player wakes up badly injured and moves toward the Northerly Town, as they are still determined to go after Cobalion.

Upon reaching Northerly Town, the player meets an Elgyem who suggests that they go to the Temple of Keys, after seeing their bent Wonder Key. The player enters the temple and notices that a Battle Royale is taking place there. After they win the Battle Royale, they earn the Temple Key which replaces the Wonder Key. A Golett, later on, reveals that the Path of Heroes leading to Cobalion would be unlocked once the player wins the rest of the Battle Royales. Each time the player wins a Battle Royale, a portion of the path appears. After successfully winning the four Battle Royales and defeating the two Cobalion forts, the Path of Heroes is completely open and the player crosses it, reaching the World Axle. A scene is then played, showing Cobalion's minions using the Glowdrops to unlock the World Axle, but they soon start to strangely rust away. Afterwards, it is revealed that an evil Wonder Key, known as Dark Rust, is behind the rusting of toy Pokémon. This villain is causing the toy Pokémon to get rust, in order to gain control over them and form an army, under his commands. The player and Cobalion team up to battle the rusty toy Pokémon and enter the World Axle, intending to defeat Dark Rust.

The player and Cobalion reach Axle Town, where they are welcomed by a Pikachu who informs them about the area. They head to Dark Rust's Fort, while going through waves of the Dark Legion formed of rusty Pokémon in the axle areas. At the fort, they face more and more enemies, until they finally get to Dark Rust himself. At first, Dark Rust appears to be protected by a strong barrier but Cobalion manages to destroy it with a devastating attack. The group faces off Dark Rust and manages to defeat it. With the evil Wonder Key defeated, things go back to normal and the World Axle starts providing the towns with Glowdrops again.

This rumble is a blast! Discover over 600 Toy Pokémon to build an unbeatable force! 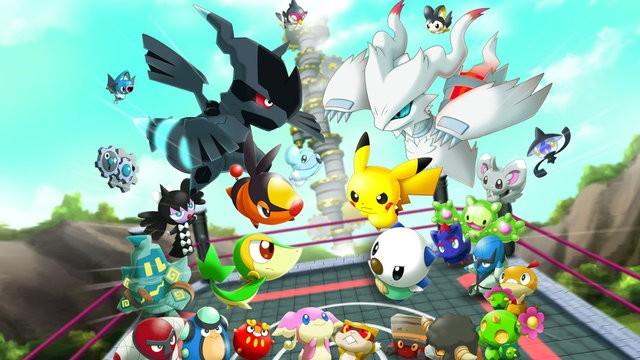 The game features 646 Pokémon, up to the fifth generation. Most of them can be befriended through the various game stages, while others require special methods to be unlocked.

Some Pokémon are unobtainable in the game, and can only be obtained through the use of certain passwords. Inputting the password make the Pokémon appear on certain locations, while others might additionally be instantly unlocked for use.

Within each town, there's a facility that allows the player to release some of their Pokémon. The player will earn currency in exchange of the Pokémon released, but they may also earn the Pokémon's next evolution if they release 7 times a Pokémon specie.

Pokémon Obtained from the Toy Shop

After a certain number of customer's visit the player's Toy Shop, some Pokémon are unlocked and will appear in specific locations.

Throughout the game, the player will have to go through different areas, located in 5 different worlds. Within each stage, they'll battle waves of wild Pokémon and a final Boss, at the end of the stage. At the end of each stage, there's a chance to recruit and befriend the Pokémon beaten through it. Each Pokémon has two skill moves that can be used and new ones can be learned through Vending Machines, located in towns. The player can also equip their toy Pokémon with items that might come in handy during the battles or as they travel. 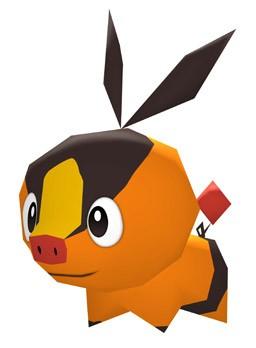 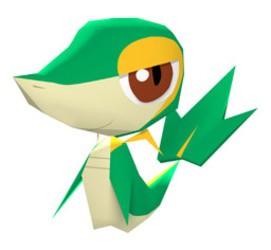 Oshawatt, Tepig and Snivy in their Toy forms

There are four towns in the game : Easterly Town, Westerly Town, Northerly Town and Axle Town. These towns function as hubs, where the player can benefit from several facilities such as the Light Springs which heal the Pokémon, or the Vending Machines that teach new moves. Each town does also provide shortcuts to the other towns. Within the towns, the player can also find many Pokémon that will help them with their quest.

The Toy Shop is owned by the player and is where their Pokémon will appear on display. Each day, customers might visit the player's shop to buy Pokémon toys. The player will unlock some Pokémon based on the number of customers visiting their shop. The shop is also the place, where most StreetPass features take place.

Similarly to the previous game in the series, Pokémon Rumble Blast provides several Game Modes, each with their unique fun.

Check out these videos from Pokemon Rumble Blast including the games opening cinematic, TV commercials and the trailer.

The game was controversially received, earning scores ranging from bad to good on major review websites. Let's take a look at these reviews:


Overall, Pokémon Rumble Blast offers some quite fun and unique features, but can become repetitive at certain points. 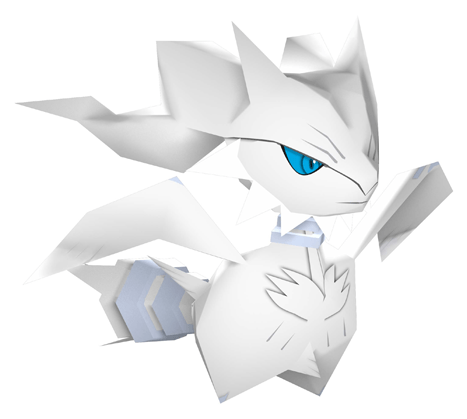