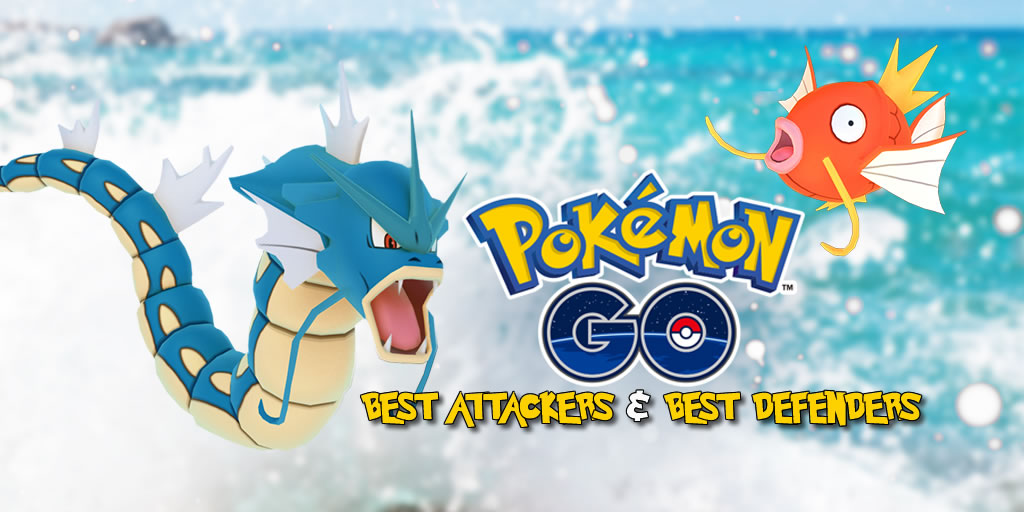 ***
gplus
Digg
Gshare
Reddit
facebook
twitter
Pin It
Attacking and defending gym's is the staple of competitive play in Pokémon Go, especially given the new, more generous Pokécoin rewards since the June 23rd 2017 update. Due to the shere number of Pokémon in the game and with more undoubtedly on the way it's hard to know which mon is best for which and thats before we even start looking at the movesets. At the time of writing this guide Pokémon Go has been out nearly a year and mon's from both of the first generations have been fully released into Pogo's wilds.

This is a basic guide on who are the best gym defenders and best gym attackers in Pokemon Go; some mon's may have great HP and Defence ratings where others might be incredible damage dealers. Learning which mon's to use in which situations will help you not only take over gyms efficiently but also give you a better chance of holding onto them for longer thus gaining more Pokécoins. More Pokécoins = more premium items to help you level and get more rare and powerful Pokémon = even more gym dominance, so lets get started.

This list of gym defenders is updated to include the Gen II update and ranks from very best defender to lesser defenders; although every mon we mention can be more than viable in terms of gym defence:-

Top 4 ideal defenders
If RNG was no object, and we could just decide what Pokémon we had access to, you'd pretty much just be using these four (if you were creative enough to not just use an army of Blissey).


Other strong defenders of note
For those of us who don't have Snorlax', Tyranitar's, Blissey's and Dragonite's falling into our laps here are some more realistic and easier to obtain gym defenders who are still forces to be reckoned with on the gym circuit.

Ideal world best attackers
These are the mon's you'd have on the front line to hit enemy gyms with if RNG was no object and you could have any mons you liked with the best stats and fully powered up.


Realistic best attackers if you aren't lucky with ultra rare spawns.
These are the most accessible primary attackers of key importance, based on attacking gyms with 'strong, semi optimised setups' and the strongest defenders.


It goes without saying that other strong situational attackers have been omitted from this list such as Alakazam, Gengar, Lapras, Charizard, Espeon and Flareon which have great DPS but might not commonly be useful based on attacking gyms with the current 'best' defenders. But here are their honourable mentions and optimal movesets.


In my own experience and the opinions/responses I got from people I asked across Twitter, Google+ and other players I know IRL these are the main ones worth mentioning. Should I have missed anything feel free to give me some abuse on Twitter.