Pokémon Emerald is the 'third' title that goes with Pokémon Ruby and Sapphire and the final Gen III title from the main series. Although built upon Ruby & Sapphire, Emerald adds lots of new features which weren't present in the paired games before it - much in the way that Crystal built upon Gold and Silver to create an 'ultimate' title for that gen. It was initially released in Japan on the
16th of September, 2004 followed by the U.S release on May 1st, 2005, The Aussies got hold of it on June 9th, 2005 and then finally releasing in Europe on October 21st, 2005.

Emerald was the second best selling game in the U.S in 2005. It was also one of the most succesful Game Boy Advance titles overall, ranking third best-selling GBA title of all time - it was only surpassed by Ruby & Sapphire, FireRed & LeafGreen.

The story for Pokemon Emerald is largely that of it's paired title predecessors: Ruby & Sapphire, click here to read their story. There are however subtle differences which are covered under 'storyline differences' in our Changes & Features from R&S section.

Anime Season's which loosely tie in with Pokémon Emerald (in terms of locations, NPCs such as gym leaders and Pokémon)

The Hoenn region is unstable — Rayquaza has awakened! Your skills as a Trainer will be challenged like they've never been challenged before as you try to maintain balance between Kyogre & Groudon. Prove your skill by earning Badges & gaining access to Battle Frontier — the front line of Pokémon battling that offers a whole new level of competition. Never-before-experienced battles await you!

Additionally Surskit CAN appear in the wild in Emerald but only if its mixed records with a copy of Ruby or Sapphire and utilised swarming. There's no other way to catch Surskit in a standalone copy of Emerald. 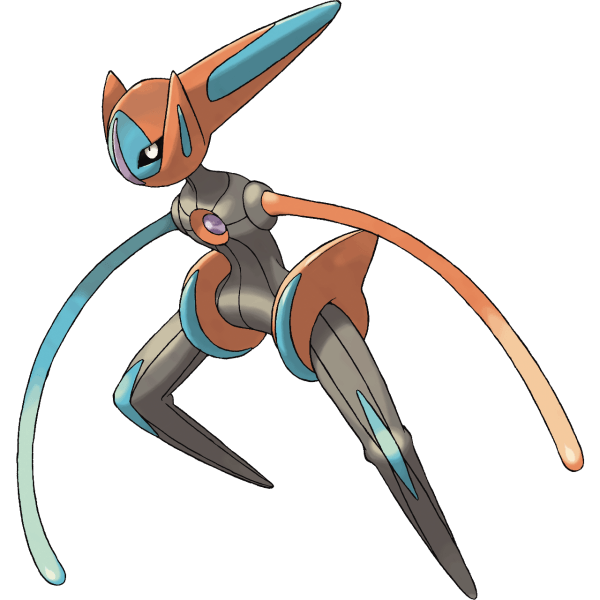 Deoxys in it's speed forme
Gameplay

Wallace is now the Champion Graphics

Pokémon Emerald version contains the entire soundtrack from LeafGreen and FireRed, although only a couple were actually implemented:-

Check out these videos of Pokémon Emerald including TV Commercials and the games intro.

The introduction video that plays at the start of Pokémon Emerald

A TV commercial for Pokemon Emerald, aired in the USA and starring a really sinister looking kid. 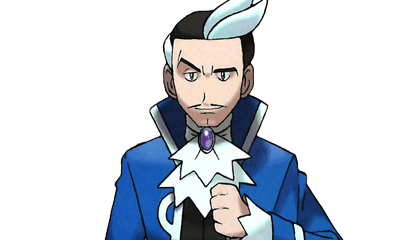 Juan, the new Sootopolis Gym Leader Pokemon Emerald shares a number of traits with Pokemon Platinum. Aside from the obvious that these are the third games of each their respective stories here are a number of additional similarities:-

Pokémon Emerald sold 6.32 million units in total, netting 256 million USD worth of sales. It's popularity was immediately apparent; particularly in Japan where it sold 372,000 on day of release and by the end of the first week had sold a massive 791,000 units in Japan alone. It sold a total of 1.4 million units that year in Japan, making it Japan's 4th best selling videogame of 2004 overall. The only games which ranked above Emerald that year were; Dragon Quest V: Hand of the Heavenly Bride, fellow Pokémon titles; LeafGreen and FireRed (their combined sales outweighed Emerald) and Dragon Quest VIII: Journey of the Cursed King.

Interestingly more than half a decade later in 2010 Pokémon Emerald ranked 779th in Japans top 1000 selling games of 2010 list as it had sold a further 7,724 copies that year, no other Game Boy Advance titles featured in this list.

In the U.S it was topping videogame charts in May 2005, and although it lost it's #1 spot to Grand Theft Auto: San Andreas in June 2005, it stood strong in second for a while afterwards. Pokémon Emerald was the second best selling game in the first half of 2005 for the USA.

European sales of Pokémon titles had continued to grow with Emerald moving over 1.2 million units by the end of 2005, bringing total global sales to around 5 million units. By the beginning of 2007's financial year 6.32 million copies had been sold worldwide, leaving Pokémon Emerald sat proudly in the top 3 best selling videogames of all time on the Game Boy Advance. 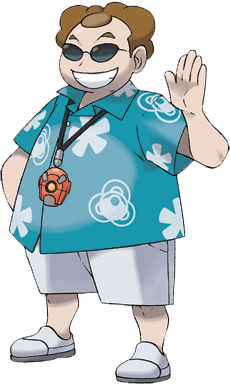 Scott, the NPC who invites you to the Battle Frontier

Pokemon Emerald enjoyed pretty good scores and reception across the board from critics and users alike, the main gripe was a little about the fact that it hadn't changed/added as much as it could've since Ruby/Sapphire, check out some of it's scores from major review sites below:-